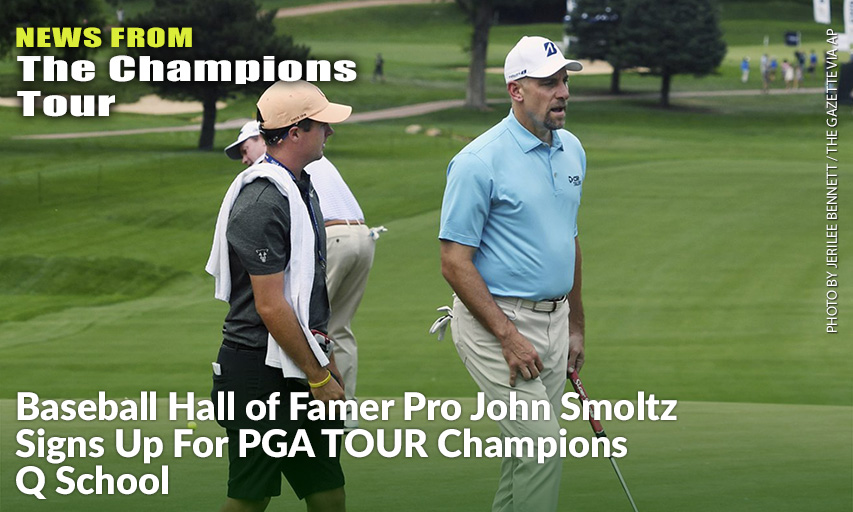 John Smoltz was enshrined in the Baseball Hall of Fame in 2015. He pitched in 41 postseason games including eight in the World Series. He won a Cy Young Award and was named to the National League All-Star team eight times.

You know what he calls his greatest athletic accomplishment? Qualifying for the 2018 U.S. Senior Open.

The man simply loves golf. And he plans to take everything he learned last year at the Senior Open as well as in three PGA TOUR Champions starts on sponsor’s exemptions to navigate his way through the PGA TOUR Champions Qualifying School from Tuesday through Friday at TPC Tampa Bay (First Stage) and see if he can earn his way to full status (Final Stage is at TPC Scottsdale from December 3-6).