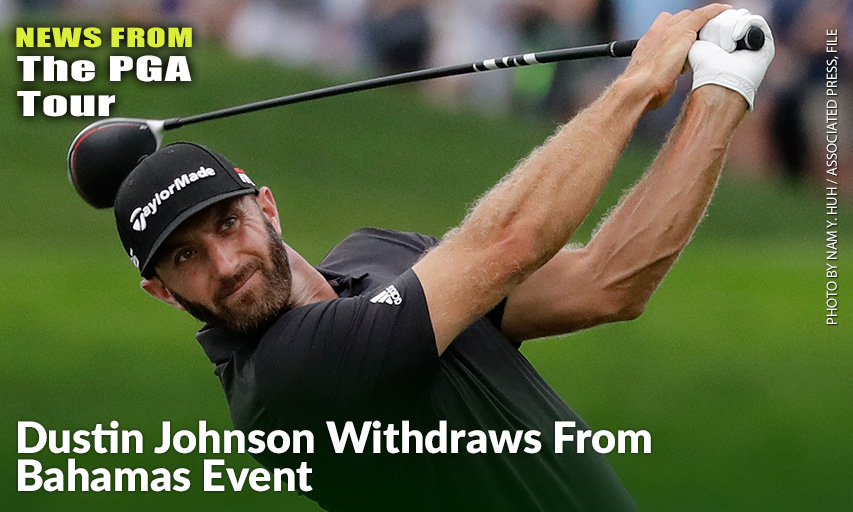 JUPITER, Florida — Dustin Johnson has withdrawn from the Hero World Challenge in the Bahamas so he can be better prepared for the Presidents Cup.

Johnson had arthroscopic surgery on his left knee on September 5 to repair cartilage damage. He has not played since August 25 at the TOUR Championship.

Johnson says his recovery from the routine surgery is complete. He says another week of therapy and practice was needed to be ready for the Presidents Cup, which happens December 12-15 at Royal Melbourne in Australia.

Johnson says he has told Woods, the tournament host next week and the playing captain in Australia. He says Woods supports his decision.

Chez Reavie was the next available player to replace Johnson in the 18-man field. 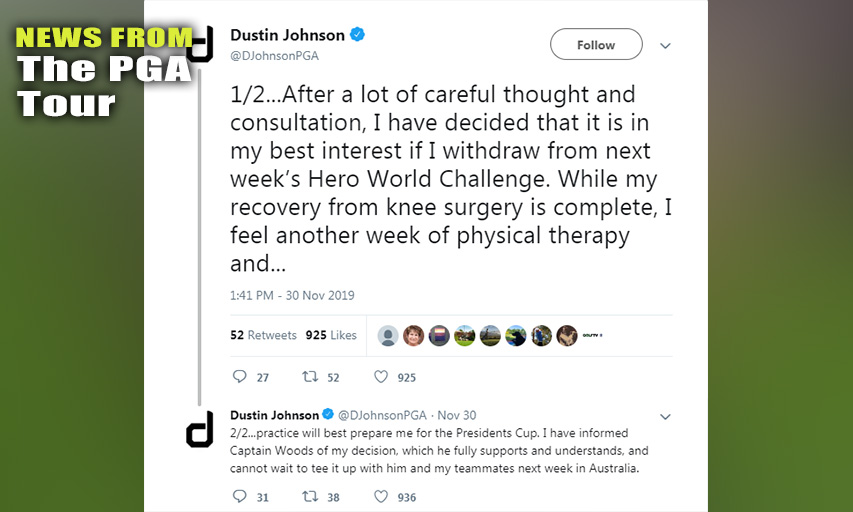 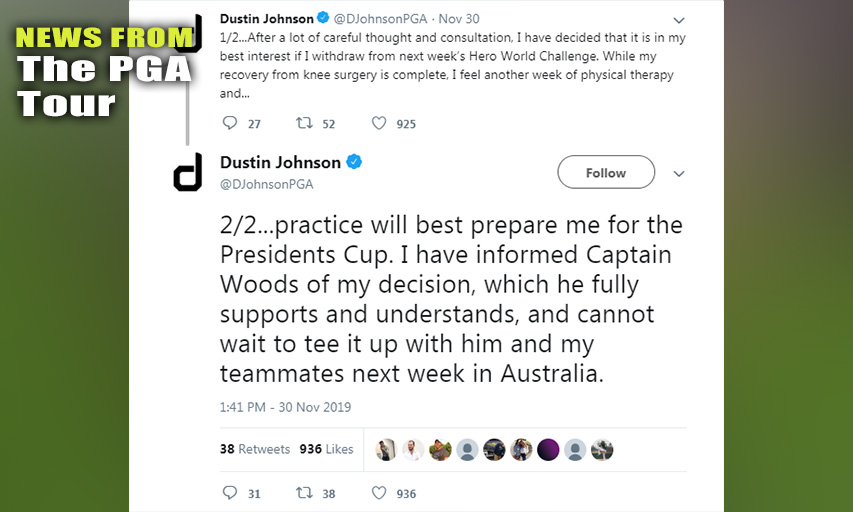