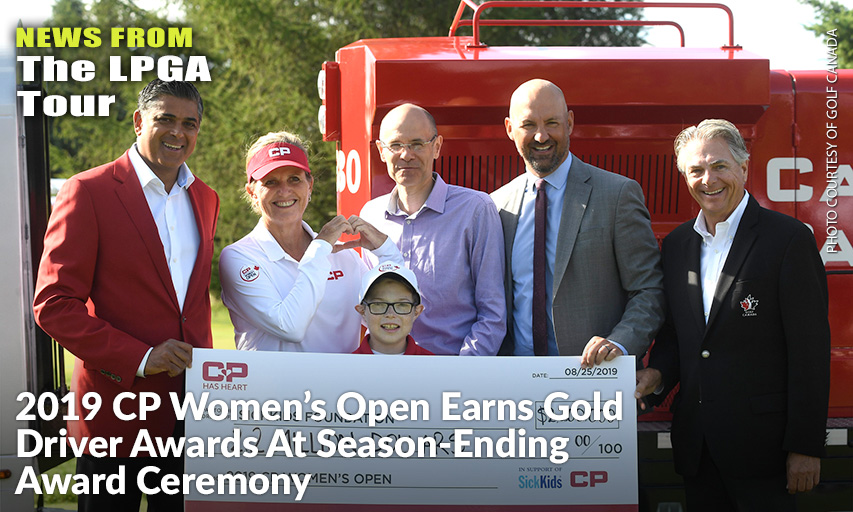 The success of the 2019 CP Women’s Open at Magna Golf Club in Aurora, Ont., was recently recognized as the Tournament Partners of the LPGA presented Golf Canada and Canadian Pacific (CP) with two Gold Driver Awards for delivering best-in-class elements among all LPGA Tour events.