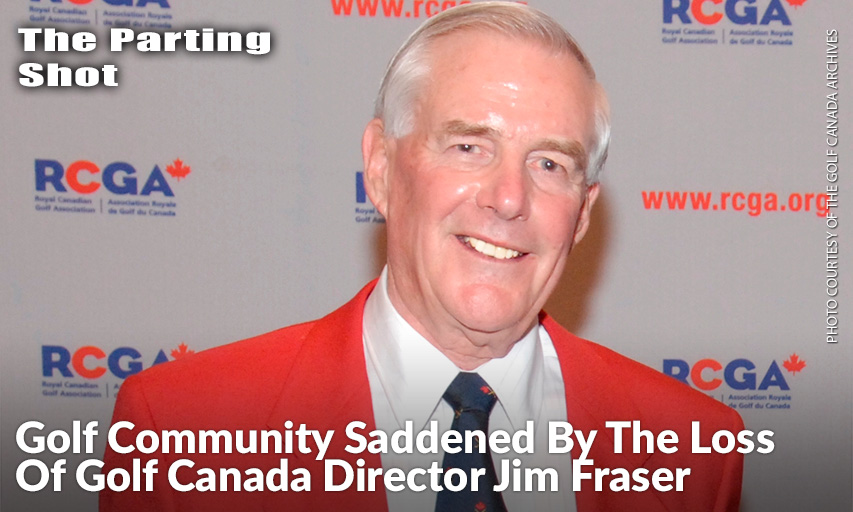 With profound sadness we share that Jim passed peacefully in his home, surrounded by family, on December 5, 2019, after a courageous trial with ALS.

Born in Montreal he was the son of the late Major George Climie Fraser and the late Gretchen Tooke (Home) and brother to the late D. George Fraser.

He began his career in the family business before starting his own insurance brokerage. He finished his career in his dream job as a Director in several posts at the RCGA where he also volunteered for years before and after retirement.

Jim loved to be active whether it be through ski racing, golf, marathon running and in his later years long, brisk walks. He was also a very active volunteer in the community, in many capacities at the Toronto Golf Club, and in a number of other golf related organizations.

Jim’s passion for the sport of golf led him to happily dedicate his time to furthering the sport. He was honoured to receive several recognitions for this devotion, most notably being inducted into the Ontario Golf Hall of Fame, receiving Distinguished Service Awards from Golf Canada and the International Association of Golf Administrators, being named a Patron of the Canadian Seniors Golf Association and most recently with the establishment of the Jim Fraser Scholarship through Golf Canada and the CSGA.

Jim was a true gentleman in every sense.

The family is grateful for the support they received from the ALS Clinic at McMaster University Medical Centre, ALS Society, wonderful home caregivers, the palliative care team, friends and family. The family will receive friends at Kopriva Taylor Funeral Home, 64 Lakeshore Road West, Oakville on Thursday, December 12, from 2:00 to 4:00 p.m. and 7:00 to 9:00 p.m.

Funeral service will be held in St. Jude’s Anglican Church, 160 William Street, Oakville on Friday, December 13 at 11:00 a.m. Reception to follow at the church.

In lieu of flowers we would ask that donations in memory of Jim be made to the ALS Society of Canada or to the Jim Fraser Scholarship through the Golf Canada Foundation.