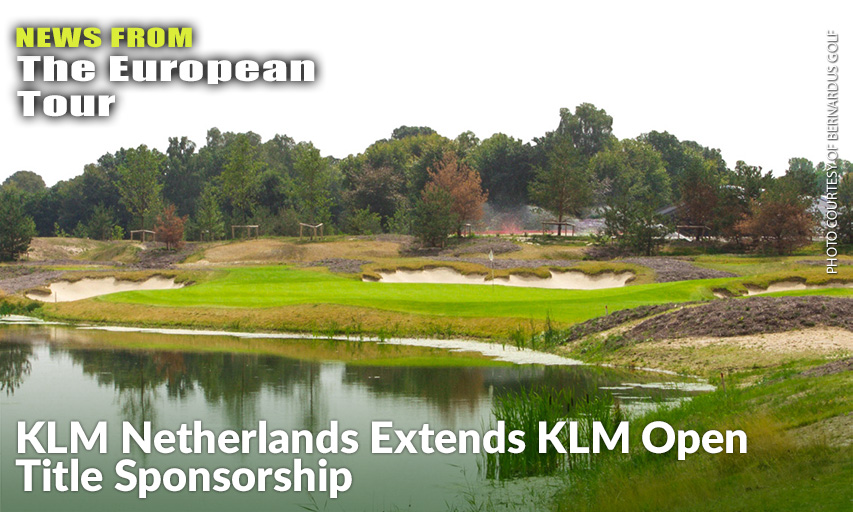 By THE EUROPEAN TOUR

KLM Netherlands has extended its contract as partner and name giver of the KLM Dutch Open until 2022, with the next three editions of the championship to be played at Bernardus Golf in Cromvoirt in 2020, 2021, and 2022.

First played in 1912, the tournament was named the KLM Dutch Open in 1981, with the airline remaining title sponsor until 1990. In 2004, the KLM picked up the thread again and have since been the tournament's continuous title sponsor.

The championship will travel to Bernardus Golf for the first time when the 101st edition gets under way on September 17-20, 2020.