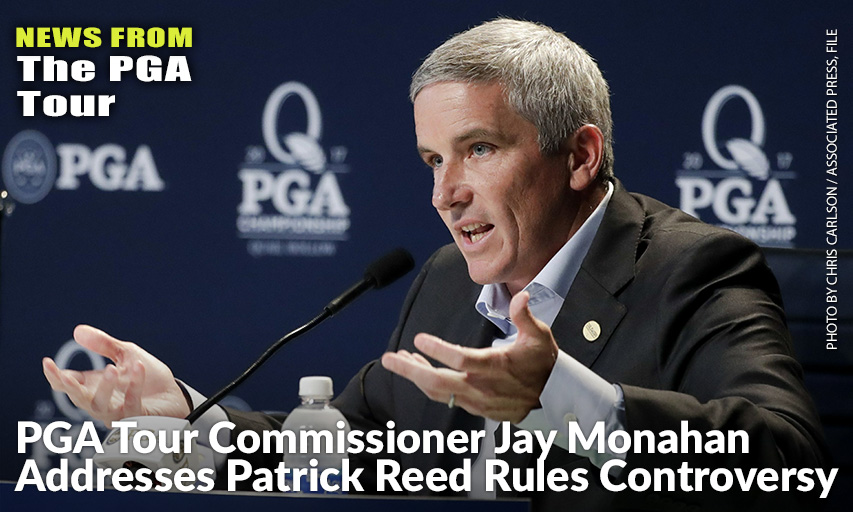 Patrick Reed said he unintentionally improved his lie from a waste bunker during the Hero World Challenge, but the fallout from that rules violation has continued into 2020.

Reed was penalized two strokes for improving his lie at the unofficial Tiger Woods-hosted tournament in the Bahamas, which was assessed after Reed brushed away sand behind his ball with two different backswings. PGA Tour rules official Slugger White met with Reed after the round to review the penalty.

One voice we hadn’t heard from yet had been PGA Tour commissioner Jay Monahan. When he spoke to a small group of reporters at Kapalua, Monahan said, “Golf is a game of honor and integrity, and you’ve heard from Patrick. I’ve had an opportunity to talk to Patrick at length, and I believe Patrick when he says that [he] did not intentionally improve [his] lie.”