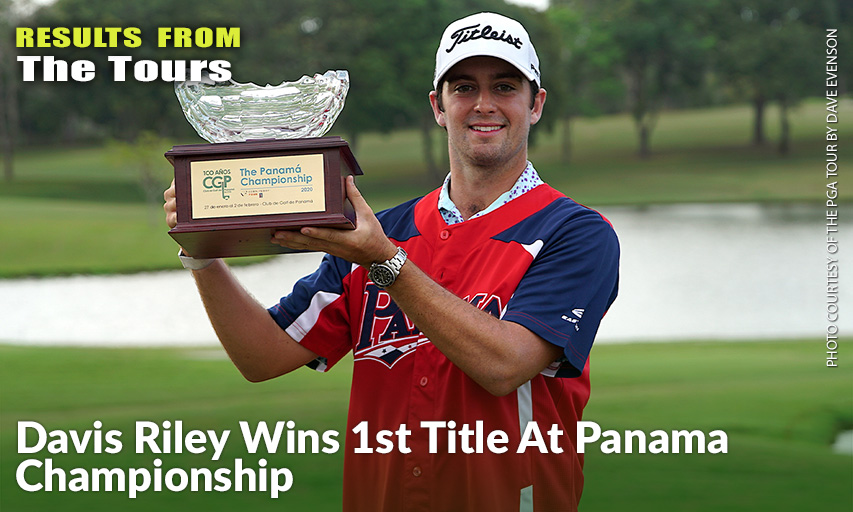 PANAMA CITY, Panama — Davis Riley won for the first time since he was at Alabama, closing with a 1-under 69 for a one-shot victory over Roberto Diaz in the Panama Championship.

Riley had a one-shot lead going into the final round Sunday and seized control with an eagle on the par-5 12th hole.