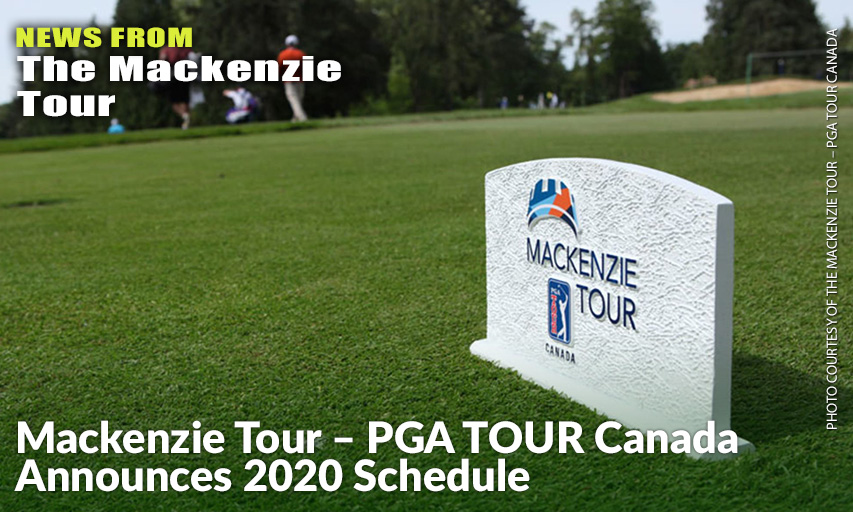 The Mackenzie Tour – PGA TOUR Canada announced its 2020 schedule, featuring a record 13 events that will take the Tour from coast-to-coast and include the Mackenzie Tour’s first event in the U.S.

For the first time, the PGA TOUR’s three International Tours will use a point-based system to determine player rankings and the Player of the Year. Winners of Mackenzie Tour events will receive 500 points, while the Tour will award 600 points to the winner of the season-ending tournament, the Canada Life Championship.

“Thanks to the efforts of our host organizations, host venues and our tremendous partners across the Tour, our team is very excited to announce the 2020 schedule as we embark on our eighth season,” said Mackenzie Tour Managing Director Todd Rhinehart. “We are thrilled to play 13 tournaments this summer for the first time in Mackenzie Tour history, which will allow our players more opportunities to advance their careers on their path to the PGA TOUR.”

Among the changes to the schedule in 2020 is the addition of the CRMC Championship, taking place in Brainerd, Minnesota, on August 17-23. This marks the Tour’s first venture outside of Canada. Cragun’s Resort is set to host the event at its 36-hole facility, with players competing on the Dutch Legacy course.

The second of three additions to the schedule will be the introduction of the Ontario Open, a tournament ingrained in Canadian golf history with a stellar list of past champions, including Canadian greats George Knudson and Moe Norman and World Golf Hall of Fame member Sam Snead. In partnership with Woodington Lake Golf Club, the 64th edition of the event is set to take place August 24-30 in Tottenham, Ontario, just outside of Toronto.

The Mackenzie Tour will once again return to Atlantic Canada, this time in Prince Edward Island. The event will take place the week of June 29th. Full event details will be announced in the coming weeks.

The membership of the Mackenzie Tour will once again look to make the next step on the path to the PGA TOUR by leveraging its performances into advantages to reach the next level. The season-long points winner will be exempt on the Korn Ferry Tour for the following season, with those finishing in the second-through-fifth positions earning conditional status. Players who finish in the Nos. 2-10 spots will also earn an exemption into the final stage of the Korn Ferry Tour Qualifying Tournament, while Nos. 11-25 on the points list will earn an exemption into the second stage of the Qualifying Tournament.

Off the course, Mackenzie Tour events will look to build upon its $5-million raised for local charities across Canada since 2013. 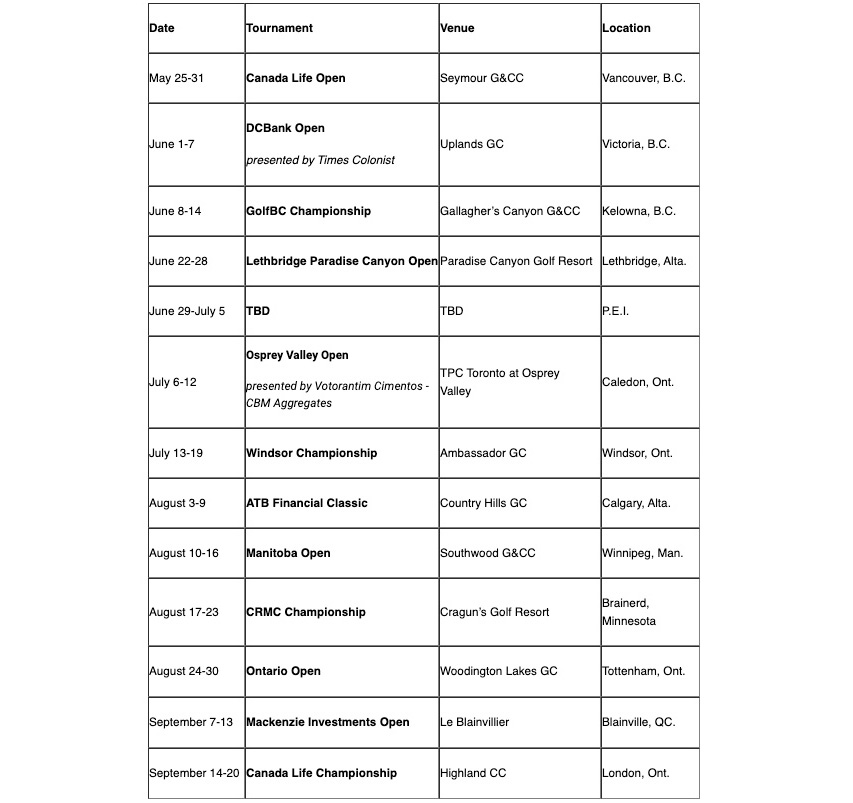