Golf Needs To Be ‘Squashed’ 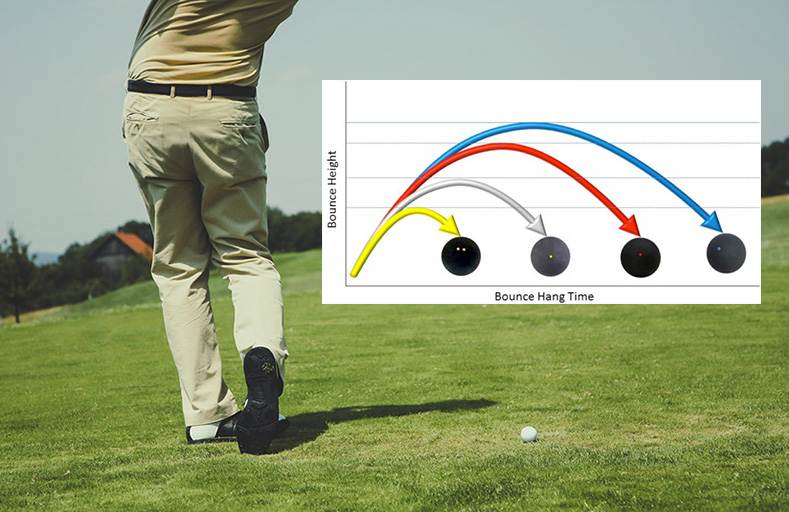 One of the best ways to solve a problem is to look at success models in other disciplines. Right now, golf has an equipment problem. The ball goes too far. And the powers that be are so afraid of blowback from commercial interests they think the problem can’t be solved.

However, a solution compatible to all parties is right in front of us if we just open our eyes.

Squash is a tennis-like game played inside an open-wall court. The court is always the same but the player-ball relationship presents a problem.

If a ball isn’t hit hard enough it will die when coming off the front wall and players will not be able to enjoy a rally. If the ball is struck too hard it has too much bounce becoming too easy to retrieve and high level players don’t get to display their full range of skills.

Squash’s solution is to designate one ball for elite players (pros) who are able to hit the ball harder and another for high level amateurs and yet another for beginners. There’s even a ball for five to seven year-olds for a total of six different balls. In order to keep track each grade of ball is defined by one or two Yellow, Red or Blue dots on the surface. We don’t need six different golf balls. We just need two. Pro Shops and manufacturers would be happy with that. They’d have more to sell.

It would seem that creating balls with fixed bounce properties would diminish the competitive edge one manufacturer might have over another. However, manufacturing competition does exist within the sport of squash. Manufacturers are able to differentiate based on longevity, consistency, feel and price.

Golf itself already has two different performance balls. The one used in long drive contests is designed just for those contests. It has maximum roll out properties so two types of game balls is not a stretch.

The PGA TOUR needs to designate a ‘Pro’ style ball for its tournaments which would have more spin. Such a ball would spin further off line than a normal ball and thereby visit regions of the golf course normally reserved for hackers. Also, it would only travel maximum distance if it was stuck with maximum purity. This would make for exciting entertainment.

A tour player needing to carry the water at Torrey Pines' 18th to win a tournament might have his heart in his throat a bit more if he knew a hard but imperfect hit might flare up into the sky and not carry the water. That doesn’t happen to today’s new breed of bang and bash players. I just might buy a ticket to see that kind of drama.

I believe that if golf had not given up the balata ball in the early 1990’s Tiger Woods would have won 10% more tournaments. He was the best striker of the golf ball. He was more precise than average. In fact today he often still is.

Accentuating talent and separating the field would be good for the game. Fans want dominant players like Jack Nicklaus and Tiger Woods. They don’t want the world number one to turn over every month. Long term heroes generate long term fans.

And if people love ‘Bubba Golf’ now because of the way Bubba Watson is able to curve the ball surely they’d be more attracted by a ‘Pro’ ball. There would be more Bubbas to watch.

As for enjoyment for the average golfer that’s never going to suffer. Amateurs can still pretend they’re playing on a level playing field by playing the current roster of over-performing balls just like amateur squash players do. They can also move up one or two tee decks which they often do today anyway. Those amateurs who truly want to measure themselves against the pros will always have the option of buying golf’s version of a Double Yellow Dot ball and hit away.

So squash has a successful model golf can imitate. The ball wouldn’t have to be rolled back. The manufacturers could create more types of balls and have more to sell. Teaching pros and pro shops would still be in the loop. Everyone wins. Of course that still leaves the driver as a factor in hitting a ball too far. However, the same principle applies. Look at success models in other disciplines and a solution will be found.

I believe that ultimately progress will be made when regulating bodies apply specific standards that are healthy for the professional game. Over time each amateur and each level of amateur competition will decide if they want to use the ‘Pro’ ball or one that provides a stepping stone toward professional level performance.

Everyone will be able to enjoy the game at his or her level and display skills we all want to see.

Bob Skura is the author of How Great Golfers Think. One of his claims to fame is that in 2019 he shot his age - 68.  He readily admits he may not have done it without modern technology but would still like to be playing a softer ball.

Bob Skura
Kitchener, ON
This email address is being protected from spambots. You need JavaScript enabled to view it.