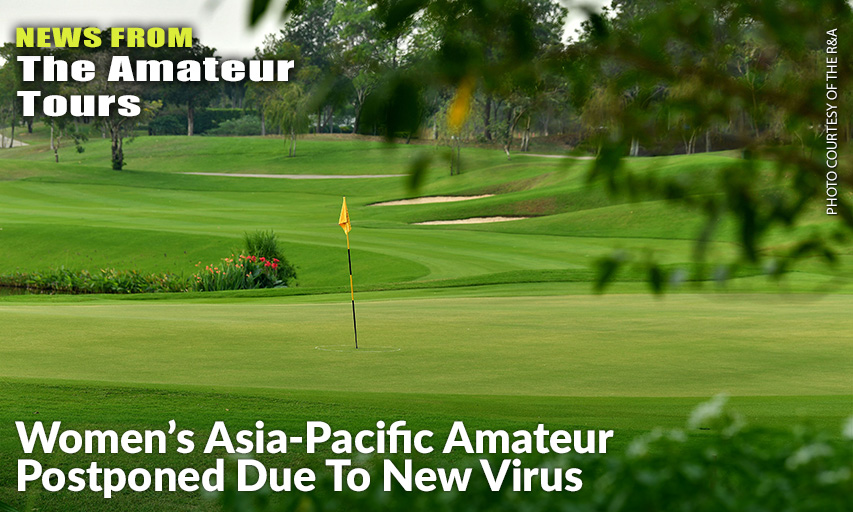 ST. ANDREWS, Scotland — The Women’s Asia-Pacific Amateur has been postponed in Thailand because of the new virus from China.

That makes three golf events canceled or rescheduled because of the coronavirus that has infected more than 34,800 people worldwide and killed more than 700 — nearly all in China — since the first illness was reported in December.

The LPGA Tour previously canceled the Blue Bay LPGA scheduled for the first week of March in Hainan Island, China. The PGA Tour China Series moved its qualifier at the end of February from China to Singapore.

The Women’s Asia-Pacific Amateur, organized by the R&A and the Asia-Pacific Golf Confederation, was to be played next week at Siam Country Club. The winner receives exemptions to the Women’s British Open, the Evian Championship and the Augusta National Women’s Amateur.

“The decision has been taken amid serious concerns for the safety of players and officials traveling during the current coronavirus outbreak,” R&A chief Martin Slumbers said. “Our utmost priority is to ensure their safety, and the advice we have received in the last 24 hours is that we should not ask them to travel at this time.”

Slumbers said the R&A would assist players with travel arrangements and hopes to reschedule the event later this year.