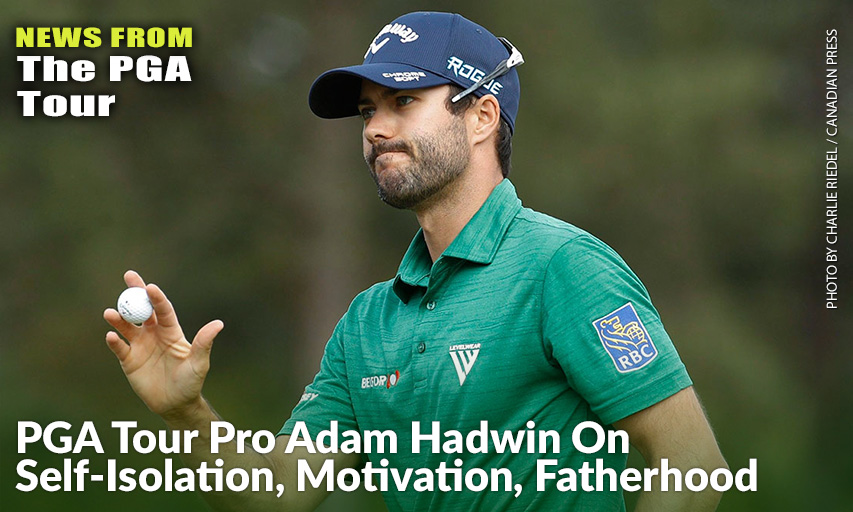 Adam Hadwin was about to go to sleep when he got a text message from a PGA Tour official informing him that The Players Championship had been cancelled. The 32-year-old from Moose Jaw, Sask., was T-22 through Round 1.

Since that last round on Thursday March 12, the Tour has announced players won’t be teeing it up in an official capacity until mid-May, at the earliest. The Masters, April’s staple, has been moved back to a date yet to be announced.

Hadwin, a one-time winner on Tour who’s ranked 55th in the world, is now relaxing at home in Wichita, Kansas, with his wife, Jess, and their newborn daughter, Maddox. Sportsnet caught up with him to talk about what he’ll be doing between tournaments, fatherhood, the weirdest Players he’s ever been involved in, and how he’ll find motivation with no events on the horizon.