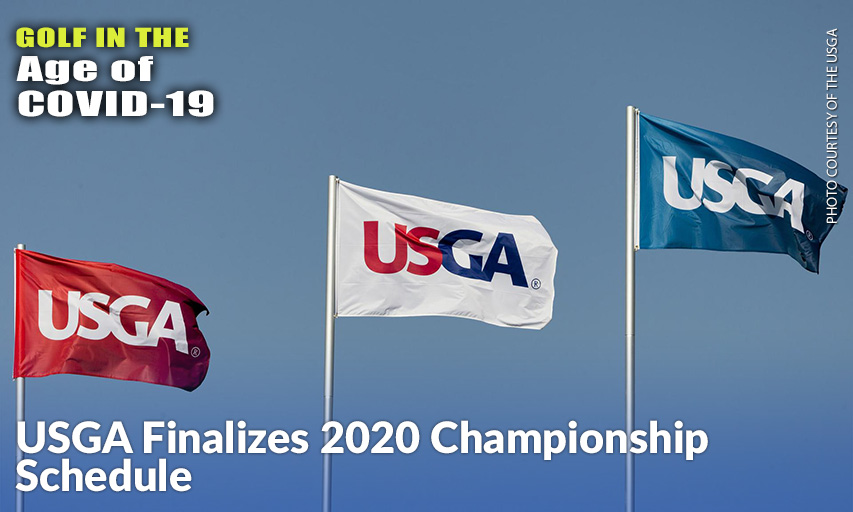 The USGA announced several updates to its 2020 championship schedule, as the organization continues to reconfigure its season due to uncertainty surrounding the COVID-19 pandemic.

In addition, the USGA announced that the remaining four 2020 amateur championships will be canceled: those are the U.S. Women’s Mid-Amateur (which was scheduled Aug. 29-Sept. 3 at Berkeley Hall Club in Bluffton, S.C.); U.S. Senior Amateur (Aug. 29-Sept. 3 at Country Club of Detroit in Grosse Pointe Farms, Mich.); U.S. Mid-Amateur (Sept. 12-17 at Kinloch Golf Club in Manakin-Sabot, Va., and Independence Golf Club in Midlothian, Va.); and U.S. Senior Women’s Amateur (Sept. 12-17 at The Lakewood Club in Point Clear, Ala.).

“Throughout this process, our primary focus has been the safety and well-being of everyone involved, including our players, volunteers, host club representatives and staff,” said John Bodenhamer, senior managing director of Championships for the USGA. “We have not taken these decisions lightly and wish we had more options. But with a continued, keen interest in doing what is best for all involved, although we are extremely disappointed, this is the right decision.”

The USGA will thus conduct four championships in 2020, all at their originally scheduled sites. In early April, the USGA announced that the 120th U.S. Open will be played at Winged Foot Golf Club in Mamaroneck, N.Y., from Sept. 17-20, and the 75th U.S. Women’s Open will be played at Champions Golf Club in Houston, Texas, from Dec. 10-13. Testing and robust health and safety protocols will be in place at each of the four championships.

All four championships will be conducted without qualifying, which means the fields will be filled entirely through exemptions. Given continued health and safety concerns, as well as the potential burden on Allied Golf Associations and the courses scheduled to host qualifying, conducting hundreds of qualifiers across the country for the U.S. Women’s Amateur, U.S. Amateur, U.S. Open and U.S. Women’s Open was not seen as a viable option.

“As you can imagine, this was an incredibly difficult decision, as qualifying is a cornerstone of USGA championships,” said Bodenhamer. “We take great pride in the fact that many thousands typically enter to pursue their dream of qualifying for a USGA championship and we deeply regret that they will not have that opportunity this year. But this structure provides the best path forward for us to conduct these championships in 2020.”

Additional information regarding the expanded exemption categories for each championship will be made available in the coming weeks.