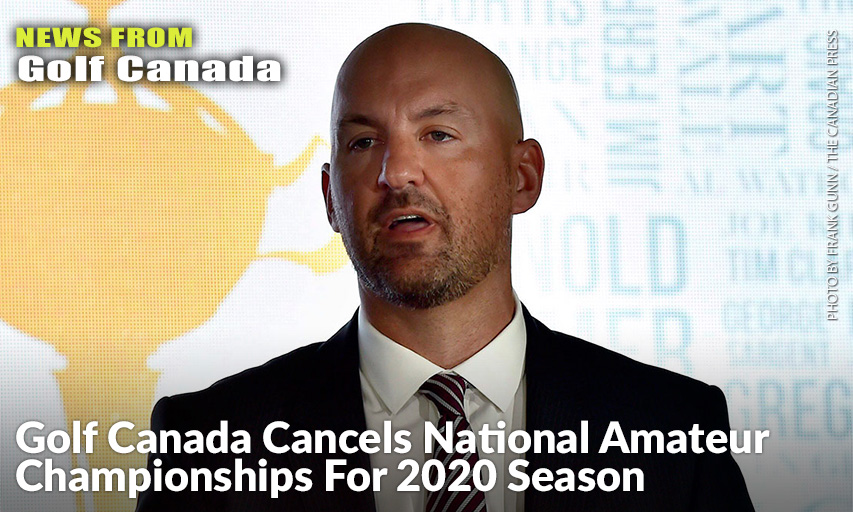 OAKVILLE, Ontario — Golf Canada cancelled all of its amateur golf competitions for the duration of the 2020 season due to the ongoing health concerns and government restrictions caused by the COVID-19 pandemic.

The national organizing body for golf had previously announced the cancellation or postponement of a number of its junior and amateur competitions scheduled through mid-June.

The 107th Canadian Women’s Amateur Championship, one of the top-ranked women’s amateur events in the world that attracts many international athletes, was scheduled to begin in five weeks at The Royal Montreal Golf Club from July 21-24.

In addition, the 116th Canadian Men’s Amateur which features a 264-player field was scheduled to take place at The Glencoe Golf & Country Club in Calgary from Aug. 3-6 — marking the 125th anniversary of this storied championship.

The cancellations will mark the first time since the Second World War that these two national championships will not be conducted.

Golf Canada also announced that the National Orders of Merit will not be awarded in 2020.

The RBC Canadian Open, the country’s men’s professional championship, was originally supposed to be held at Toronto’s St. George’s Golf and Country Club last week but was cancelled on April 16.