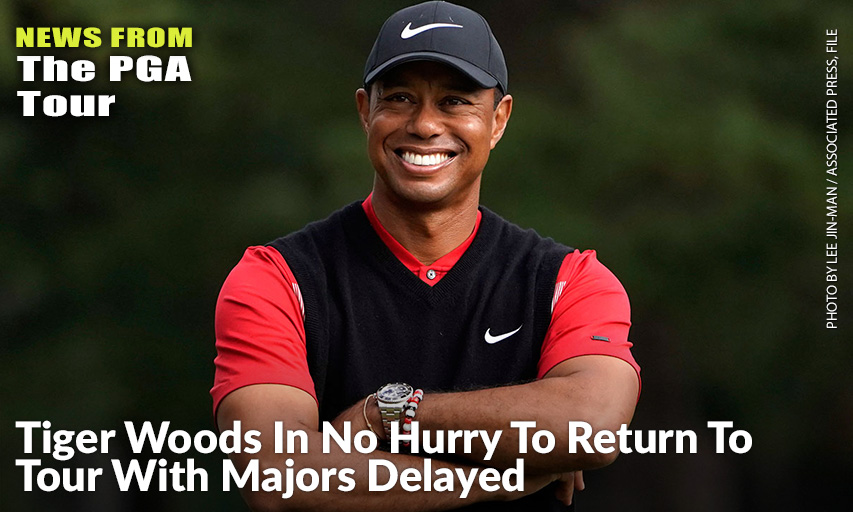 HILTON HEAD ISLAND, South Carolina — When it comes to Tiger Woods returning to the PGA Tour, it’s all about the calendar.

Nothing raised hopes that he would be at Hilton Head like a website tracking yachts that showed his Privacy on its way to Sea Island off the Georgia coast, about 80 miles south of the RBC Heritage, this week.

Woods played Hilton Head only in 1999 (he tied for 18th), but this is a different kind of year.

Then again, it’s also the 13th birthday of his daughter on Thursday, and that’s likely what Woods was doing around Sea Island.

But there’s more to the calendar, and there’s no need for Woods to be in any rush.

True, the PGA Tour has been shut down since March 12 because of the COVID-19 pandemic. Everyone at Colonial was eager to get back to the competition, and some mentioned a need to start making up for lost ground.

“Guys are looking to get off to a fast start because it’s actually a fast finish to the season,” Jordan Spieth said. He was referring to 10 tournaments on the schedule before the FedEx Cup post-season begins, 12 tournaments before Ryder Cup qualifying ends (if it’s played).

None of that is likely to be a priority for Woods.

The focus figures to be primarily on the majors, and those are all in the back end of the year. The PGA Championship is Aug. 6-19, the U.S. Open is Sept. 17-20 and the Masters is Nov. 12-15. So even now, the first major is just under two months away.

Woods has never played the Travelers Championship and is unlikely to play the Rocket Mortgage Classic — remember, Quicken Loans ended its involvement with the Tiger Woods Foundation and started a new tournament in Detroit.

If he returns at Memorial, which would be the logical return, that means five months without competing on the PGA Tour.

But then, what’s the rush?