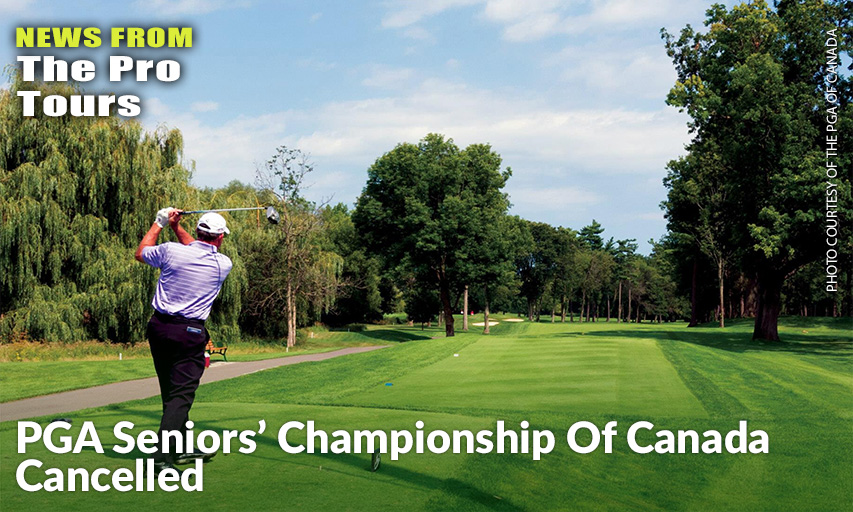 Given ongoing restrictions and uncertainty related to COVID-19, the PGA of Canada has cancelled the 2020 PGA Seniors’ Championship of Canada, originally scheduled for August 4-7, at Le Parcours du Vieux Village in Bromont, Que.

The national championship will return to Vieux Village in 2021, though dates for next year have yet to be confirmed.

The PGA of Canada continues to actively review its national championship schedule for the remainder of the season. To date, the Association has cancelled the DCM PGA Women’s Championship and postponed the PGA Championship of Canada presented by TaylorMade Golf Canada and adidas Golf as a result of the pandemic.

Should a national event take place in the fall, the PGA of Canada plans to designate a category within the championship to provide senior members with an opportunity to compete.