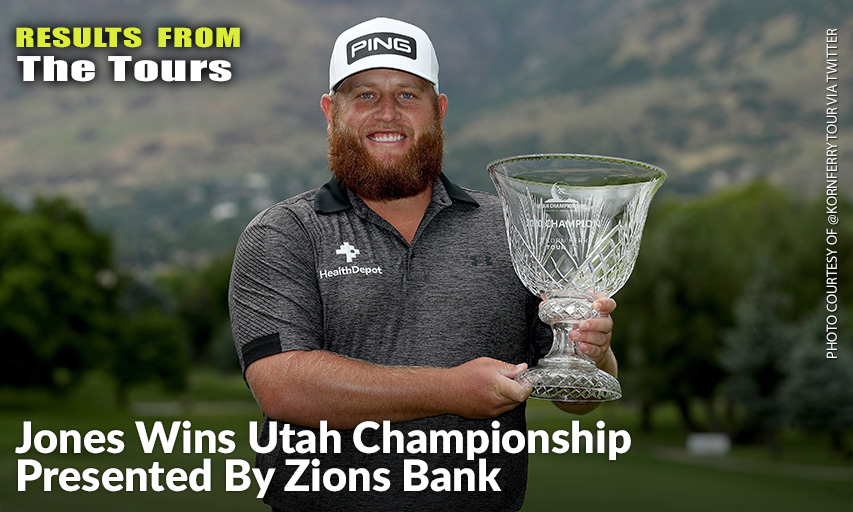 On a day when local legend Daniel Summerhays captured the attention of social media and golf fans around the world, it was Kyle Jones who wound up walking away with the title at the Korn Ferry Tour’s Utah Championship presented by Zions Bank. Jones, a member of the PGA TOUR during the 2018-19 season, birdied the second playoff hole to defeat Summerhays and Paul Haley II en route to earning his first career victory on Tour.

Jones and Haley entered the final round at host Oakridge Country Club with a share of the 54-hole lead at 17-under 196. But the duo quickly took a backseat to Summerhays, who entered the day having already declared it his last as a professional golfer with a plan in place to return to his alma mater – Davis High School in nearby Kaysville – to teach and coach the golf team.