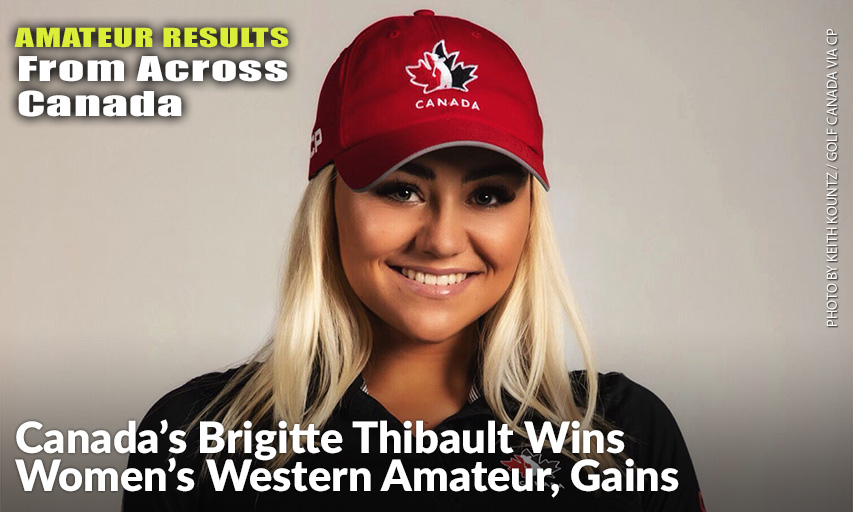 Thibault, a Fresno State senior and 2019 Mountain West Conference champion, prevailed despite a slow start on the front nine.

“I didn’t want to get my hopes up, because I know that my game right now is kind of on a roller-coaster,” said the 21-year-old Thibault said. “I feel like I gained a lot of momentum... I just kept the faith. I kept fighting and didn’t give up.”

The two finalists earned exemptions into the U.S. Women’s Amateur set for Aug. 3-9.

Thibault grabbed a 2-up lead through seven holes, but Lucena rebounded to win the next two holes and square the match heading into the back nine.

The Canadian regained the lead with a par on No. 10, then took the 13th, 14th and 15th with back-to-back pars and a closing birdie to secure the win and add her name to the list of champions on the Women’s Western Amateur’s W.A. Alexander Cup.

Thibault said she’s looking forward to playing in the U.S. Women’s Amateur, but is waiting to hear what the rest of the year holds for her.

“I’ll go to the U.S. Women’s Am, and then it depends on school,” she said. “If school is back, then I’ll be competing in college. If not, I’ll be heading to Europe for the British Am.”

Thibault follows in the footsteps of fellow Canadian Maddie Szeryk, from London, Ont., who won the championship in 2017. They are the only two Canadians in the 120-year history of the event to claim the title.