Stricker Still Gets To Pick Half Of His Ryder Cup Team 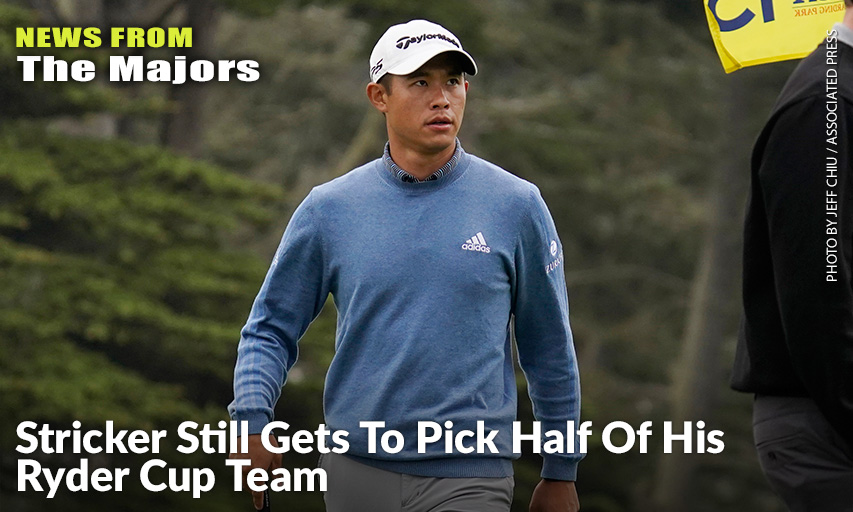 SAN FRANCISCO, California — Golf shut down for three months in America, leading Ryder Cup organizers to adjust the selection criteria to allow U.S. captain Steve Stricker to use wild-card picks for half of the 12-man team.

Now that the matches have been postponed until 2021, nothing has changed.

The PGA of America said the points list will resume from its original start and conclude after the second FedEx Cup playoff event next year at the BMW Championship.

Before the COVID-19 pandemic shut down golf and eliminated 11 tournaments — including three majors — from the qualifying window, eight players could earn spots on the team and Stricker had four picks.

“We just thought that it was in the best interests of the team, to put our best team forward, to give us that flexibility to get the pairings that we feel are best, to get the guys that are playing well, maybe guys that suit that course better than some other guys,” Stricker said. “It gives us a tremendous amount of flexibility.”

The Americans had two captain’s picks for years until Paul Azinger lobbied for a more modern formula that allowed him four captain’s picks. Now, half the team will be decided by Stricker and his assistants.

The matches had been scheduled for Sept. 25-27 at Whistling Straits, and now will be the same week in 2021.

“Yeah, I’ll be out here again I’m sure a little bit more than what I had planned next year,” he said. “Just to be out here and visible, I think that’s important.”

Golf is getting younger with more turnover than ever, and Stricker wants to figure out who some of these guys are. That’s why he called Collin Morikawa a month ago to set up a practice round. They wound up playing at Harding Park.

“My plan was to play the Ryder Cup this September, and then play mainly Champions events next year,” he said. “But that’s changed. And I’ll be back out here playing some more of the regular tour just to be out here.”