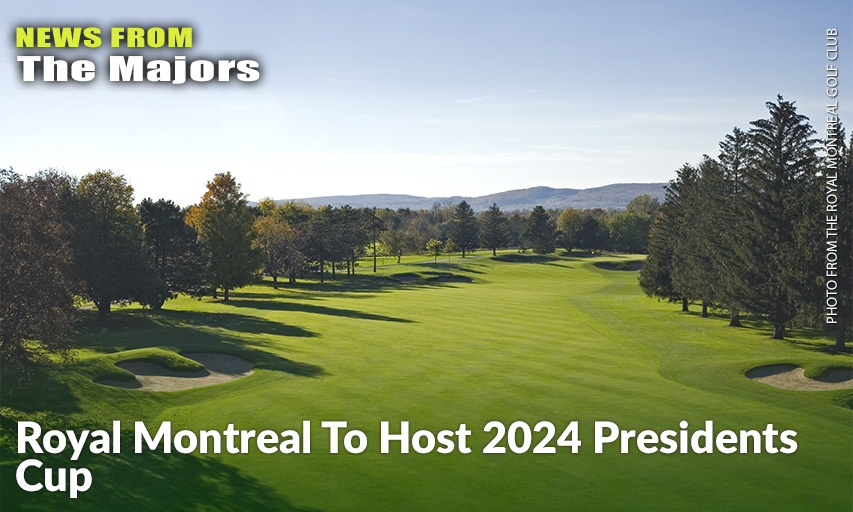 PGA TOUR commissioner Jay Monahan is eager to add a new chapter to the storied history of the Royal Montreal Golf Club.

Royal Montreal was named the host of the 2024 Presidents Cup, the second time the international team golf event will be held at the oldest golf club in North America, founded in 1873.

"When we play, it will be the 151st year of the course, which is truly remarkable," said Monahan. "A golf course that has withstood and stood up to the test of time. It's a true gem."

Although four-time captain Jack Nicklaus led the United States to victory over three-time captain Gary Player and the International Team by a score of 19 1/2- 14 1/2 at the 2007 event, it remains a highlight of Canadian golf history as Mike Weir of Brights Grove, Ont., beat then-world No. 1 Tiger Woods in a Sunday singles match.

"The turnout, the crowds, were huge and very into it. That's what I remember," said Weir. "They were really trying to get the International side going. We got off to a slow start and they really tried to get behind us.

Since Weir's memorable performance two other Canadians have played in the Presidents Cup: Graham DeLaet of Weyburn, Sask., in 2013 and Adam Hadwin of Abbotsford, B.C., in 2017 and 2019.

Both DeLaet and Hadwin would be eager to play on the international team at Royal Montreal.

They both noted that with Corey Conners of Listowel, Ont., and Mackenzie Hughes of Dundas, Ont., joining Hadwin in the top 100 of the world golf rankings and Nick Taylor, also from Abbotsford, just outside of that group there's a good chance there could be several Canadian playing on home turf in 2024.

"To have this big of an event in Canada, and then to be representing the International Team, having the Canadian flag on your back would be such a tremendous honour," said Hadwin. "I know I'm not going to be the only one working their butt off for the next 3 1/2 years to get on that team."

In addition to hosting the Presidents Cup, Royal Montreal has also held the RBC Canadian Open on 10 occasions, most recently in 2014.

"We're going to roll this into a program that has an incredible opportunity to affect people's lives," said Golf Canada CEO Laurence Applebaum.