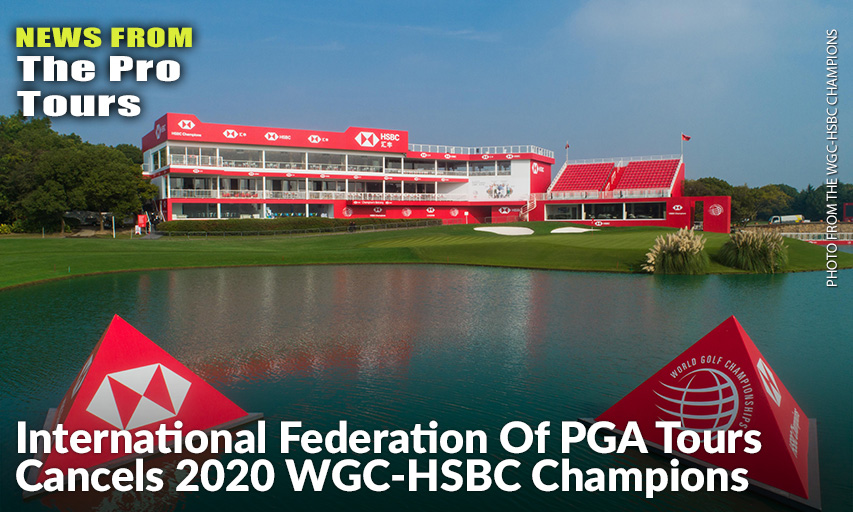 PONTE VEDRA BEACH, Florida — Following the recent announcement and guidelines issued by the General Administration of Sports of China with regards to the staging of international sporting events in China, the PGA TOUR – on behalf of the International Federation of PGA Tours and in consultation with the China Golf Association – announced that the World Golf Championships-HSBC Champions, scheduled for Oct. 29-Nov. 1, has been cancelled.

“We have worked extensively with all Tours, international officials, the China Golf Association and other local parties to find a solution to host the WGC-HSBC Champions,” said Ty Votaw, PGA TOUR Executive Vice President, International.

“In line with Chinese government guidelines and being mindful of the logistical implications, we collectively made the difficult decision to cancel the 2020 event.”

Votaw added, “The WGC-HSBC Champions has been a catalyst in the growth in interest and participation in our sport throughout China and Asia. While we are disappointed with not being able to bring the world’s best players to Shanghai this year, our thanks goes out to HSBC, the China Golf Association and the fans in China who have helped make this event so successful since it became a World Golf Championships event in 2009.”