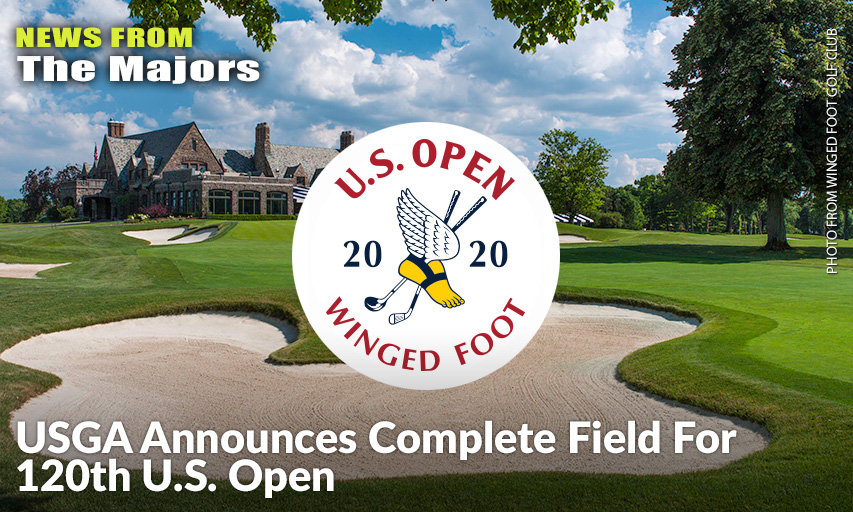 The United States Golf Association (USGA) announced that five additional players have earned exemptions into the 120th U.S. Open Championship, which will be contested at Winged Foot Golf Club (West Course), in Mamaroneck, N.Y., on Sept. 17-20, 2020. The 144-player field for the championship is comprised entirely of exempt players due to the impact of the COVID-19 pandemic.

The five remaining spots in the U.S. Open field were filled using the 2019-20 FedExCup Final Points List (top five players, not otherwise exempt) following the Tour Championship, which concluded on Monday. The completed field, which was constructed through 28 exemption categories, features 11 past champions and 13 amateurs and includes players representing 25 countries. The average age is 30.96.

Munoz, who tied for eighth in last weekend’s Tour Championship in Atlanta, Ga., will compete in his second U.S. Open. He won the 2019 Sanderson Farms Championship in a playoff with Sungjae Im last September and recorded five top-10 finishes on the PGA Tour during the 2019-20 season.

Harman was a runner-up along with Hideki Matsuyama to Brooks Koepka in the 2017 U.S. Open at Erin Hills. He will make his fifth U.S. Open start. Harman tied for third in A Military Tribute at Greenbrier, one of his eight top-25 efforts on the PGA Tour this season. Harman, who won the 2003 U.S. Junior Amateur, owns two PGA Tour victories.

Duncan will play in his third U.S. Open. His best finish is a tie for 56th in 2018 at Shinnecock Hills Golf Club. He won The RSM Classic, in St. Simons Island, Ga., last November, defeating 2012 U.S. Open champion Webb Simpson in a playoff. It was one of his four top-25 finishes on the PGA Tour.

Hubbard is one of 36 players in the field who will compete in his first U.S. Open. He has three top-10 performances on the PGA Tour this season, including a tie for second in the Houston Open. He made the 36-hole cut in 19 of 24 events played.

Lee, who won the 2008 U.S. Amateur at Pinehurst Resort & Country Club, had three top-10 finishes on the PGA Tour this season, including a runner-up finish to Justin Thomas in The CJ Cup at Nine Bridges. Lee is playing in his third U.S. Open and his best finish is a tie for 57th in 2016 at Oakmont (Pa.) Country Club.

The Key to Player Exemptions: