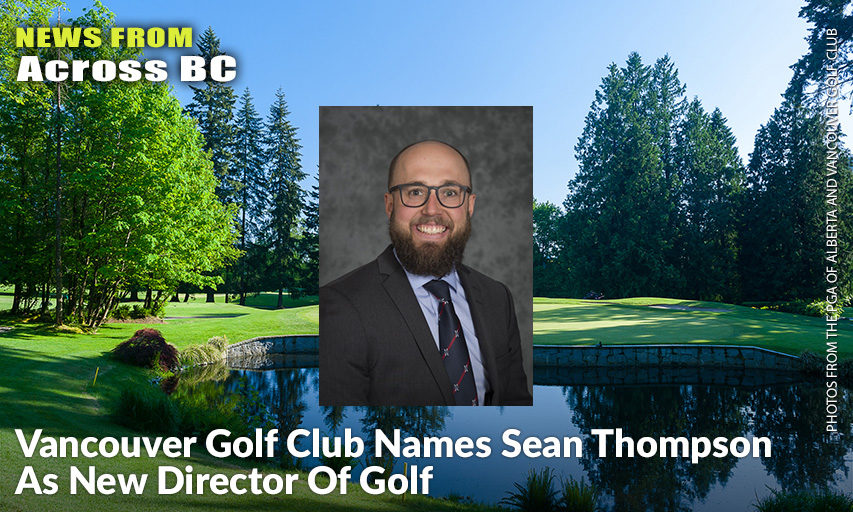 Sean Thompson, the Vancouver Golf Club’s new director of golf, says he can’t wait to actually set foot on the grounds of his new workplace.

Thompson, a native of Scotland who is currently head professional at Cottonwood Golf & Country Club near Calgary, jokes that he has only seen Vancouver Golf Club from the outside.

“When I went out for the round of interviews they were held off site,” Thompson said over the phone from Calgary.

“So I kind of stalked the perimeter of the golf course. I was peering in through the gates. I am sure they got some reports from the clubhouse about a pale Scotsman trying to get some information. It looked fabulous from the outside and I am really excited to see it from the right side of the gates.”

Thompson’s appointment was made official this week by Vancouver Golf Club general manager Richard Creally, who said the club received more than 60 applications for the job. Thompson’s hiring concludes an exhaustive search process that began in January.

“We did focus groups with our members to identify what they thought was important in a new director of golf and we had an outside firm manage that focus group process,” Creally said.

“We had a search committee that consisted of a broad range of the members here at the club and that search committee was unanimous in their decision to hire Sean. It made my life as a hiring manager a little bit easier.” 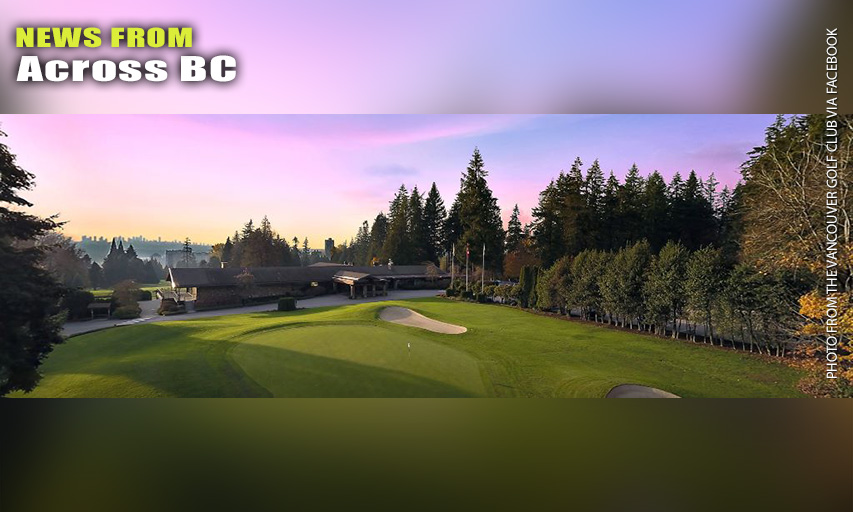 Creally said the 30-year-old Thompson ticked all the boxes in what the club was looking for in a new director of golf. “Aside from previous head professional experience which was key for us because we’re a big, tough, challenging club, it was the breadth of his experience in critical management or exposure positions at other top end private clubs in Canada, in the U.S. and at the Royal and Ancient in Scotland,” Creally said.

“And having a Scottish accent didn’t hurt. I am Irish and I did not hold that against him. He’s a really good guy. He is the right fit, the right pedigree, the right person, at the right time. We think he is going to like working here and we are going to enjoy having him here.”

Thompson grew up in St. Andrews, Scotland -- the home of golf -- and not surprisingly is keen on the traditions and history of the game. He said that is part of what attracted him to the Vancouver Golf Club job. Vancouver Golf Club, which opened for play in June of 1911 on the site of a former Coquitlam sheep farm, is one of the oldest courses in British Columbia.

“I have come from Scotland and I have always liked the traditions of the game and the more old-fashioned clubs,” Thompson said. “History and heritage has always had a big appeal to me.”

Thompson graduated from Edinburgh Napier University and spent time as an amateur helping the Royal & Ancient Golf Club with its events calendar. “I also worked with IMG for a couple of events with the European Tour. We worked on the Kingsbarns site of the Dunhill Links Championship. . . It was in a junior capacity so I don’t want to overstate my involvement there. But it was great fun, great experience.”

After turning pro, Thompson worked for a time at the Renaissance Club in East Lothian, Scotland. He met his wife Alli, a Canadian, while she was studying in Scotland. He followed her back to Alberta in 2012. Prior to becoming head pro at Cottonwood in 2018, Thompson was an associate pro at Calgary Golf & Country Club and also did a short stint at Seminole Golf Club in Florida.

Earlier this year, Thompson topped the PGA of Alberta’s Top 100 Program. That program is designed to reward members who are involved in the association through educational initiatives, tournaments and volunteering.

Thompson succeeds longtime VGC head pro Randy Smith, who is leaving the club at the end of this year. Thompson is tentatively scheduled to begin his new job on Nov. 26, the date of VGC’s annual general meeting.