Facts And Figures For Later Than Usual U.S. Open 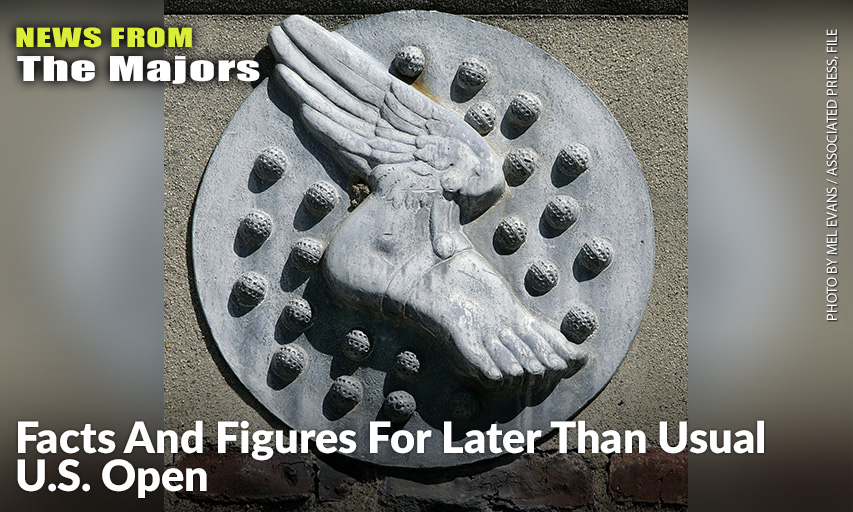 The Course: The West Course at Winged Foot was built in 1923 by A.W. Tillinghast, who was told by club founders to “give us a man-sized course.” It has been a man-sized test for the U.S. Open five times and the PGA Championship in 1997. Winged Foot is best known for the severe slopes on the greens and the deep, penalizing bunkers.

The Date: The U.S. Open was to be played June 18-21 until golf was shut down for three months because of the COVID-19 pandemic and the majors were rescheduled. It will be the first time since 1974 the U.S. Open was not held on Father’s Day.

Last Year: Gary Woodland won his first major at Pebble Beach with a bold 3-wood that set up birdie on the par-5 14th, and a lob wedge off the putting surface on the par-3 17th to save par. His clutch play on the back nine carried him to a three-shot victory and denied Brooks Koepka a third straight U.S. Open.

Grand Slam, Part VI: Phil Mickelson gets his sixth attempt at trying to complete the career Grand Slam. His six runner-up finishes is a record.

Tiger Tales: Tiger Woods has played only six tournaments this year, and only at Torrey Pines in January has he broken par all four rounds.

Noteworthy: Only two players in five U.S. Opens at Winged Foot have finished under par. Fuzzy Zoeller and Greg Norman were at 276, and Zoeller won the playoff.

Quoteworthy: “If it gets firm like some of the USGA guys told me they want it to be, I don’t see how any of us shoot under par. Or if we shoot under par, it would be somebody winning by a lot.” -- Jon Rahm.