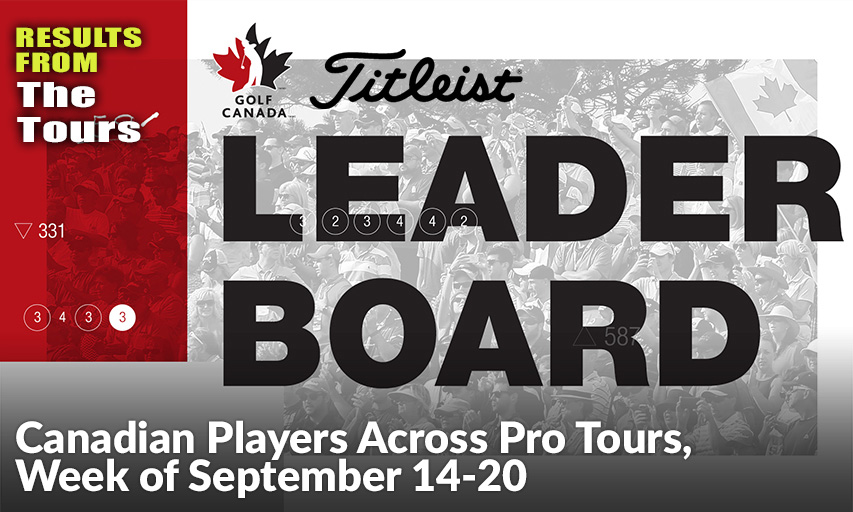 Bryson DeChambeau blasted his way along Winged Foot’s narrow fairways and through its thick rough for a final round 67 to win the U.S. Open by six shots. He was the only player in the final round to finish below par and is just the third person in the tournament’s history at Winged Foot to score under par. DeChambeau joins Tiger Woods and Jack Nicklaus as the only golfers in history to win an NCAA title, a U.S. Amateur and the U.S. Open. Matthew Wolff, who led by two strokes entering the final round and trying to become the first player since Francis Ouimet in 1913 to win the U.S. Open in his debut, closed with a 75. Louis Oosthuizen birdied the 18th to finish alone in third. …Taylor Pendrith, making his U.S. Open debut, was the only one of the four Canadians to shoot par or better during the tournament. His final round 70 was tied for second-lowest of the day. He gained 17 places on the final day, tying him for the most spots gained on Sunday. Pendrith also picked up the largest paycheck of his career, $116,385 …Adam Hadwin recorded his second best career result in five U.S. Open appearances    …Corey Conners missed a 13 footer for par on the final hole of round two and closed with a bogey, missing the cut by one stroke. …Mackenzie Hughes, who was the hottest Canadian golfer entering the tournament, finished ahead of major golf winners Tiger Woods, Phil Mickelson, Jordan Speith, Justin Rose and Sergio Garcia.

Georgia Hall made par on the second playoff hole to defeat Ashleigh Buhai at the Cambia Portland Classic. It was the first LPGA Tour victory in the United States for the 24-year-old Englishwoman, who won the 2018 Women’s British Open. Hall made five straight pars before closing with bogey to fall into the playoff with Buhai, who had birdied four of the last five holes for a final round 65 – matching the best round of the day. …Alena Sharp had three birdies and a bogey to climb 14 places in the final round

Jim Furyk joined Arnold Palmer and Bruce Fleisher as the only players to win their first two PGA Tour Champions starts, beating Jerry Kelly with a birdie on the first hole of a playoff in the Pure Insurance Championship. …Mike Weirrecorded his best finish on the Champions Tour and his second top 10 result in six starts. …

Garrick Higgo shot a bogey-free final round of 65 to notch his first European Tour victory at the Open de Portugal. Spain’s Pep Angles finished one stroke back while George Coetzee, fresh off his win at the Portugal Masters, was tied for third place with Englishman Andrew Wilson. Higgo’s victory comes in just his seventh Tour start. …Aaron Cockerillposted his second straight top 25 result and third in his last four tournaments third round 64 was the lowest round of the day