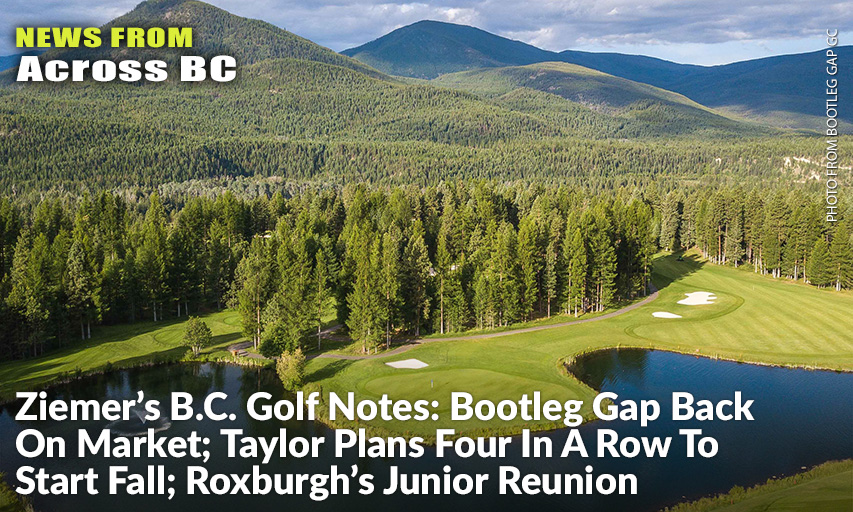 “I think because of the pandemic the deal with the preferred proponent that we had identified is falling apart,” Sommerville said in a recent interview. “It's kind of in-camera with (city) council right now.”

A tough winter that left Bootleg Gap in rough shape also played a role in the proposed deal collapsing. Many of the course’s greens were severely damaged by ice and Bootleg Gap didn’t fully open until July 17. “They had to put the financing in place, which involved the pre-selling of some memberships and that was starting to happen in February and March,” Sommerville said of the prospective purchaser.

“We were working toward a contract of purchase and sale and then the pandemic hit and they weren’t sure and we weren’t even sure if anyone was going to be able to golf this year. I feel like that deal is dead. They are very cautious about a possible second wave and what next summer could look like.”

Once it did open, Bootleg Gap was, like so many other courses, very busy. “Considering we had a course with no grass on it, and a pandemic, and opened late, it’s a decent year,” Trevor Simkins, general manager and head professional, told Kimberley council last week.

Abbotsford’s Nick Taylor is pumped about the fall and not just because he will be teeing it up in his first Masters in November. Taylor begins his new PGA TOUR season at a couple of courses that he feels set up well for his game. He’ll return to the Tour after a month-long break to play in this week’s Sanderson Farms Championship in Jackson, Miss.

That’s where Taylor won his first PGA TOUR event in 2014. Then it’s on to the Shriners Hospitals for Children Open in Las Vegas, where Taylor has never missed the cut. “This summer, there were a handful of courses that technically just didn’t set up well for my game,” Taylor says. 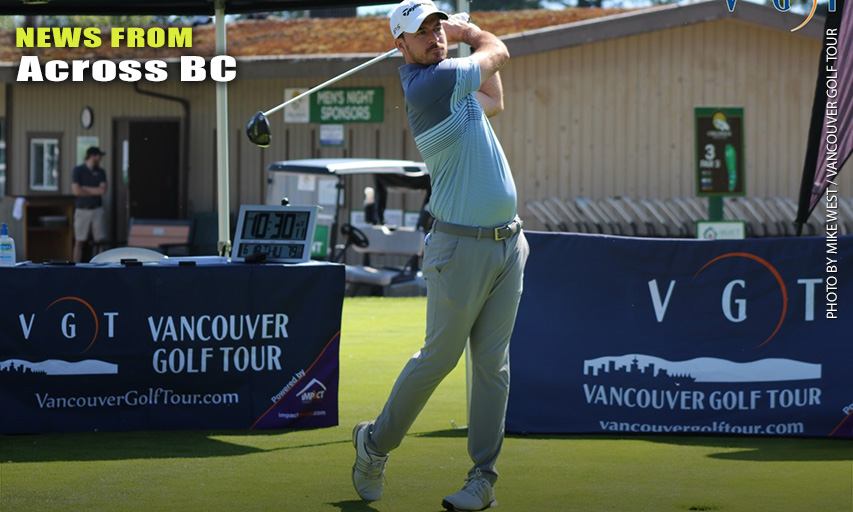 “When we were shut down there were a lot of the events that are my favourites and really set up well for my game. I missed a lot of those and I am looking forward to restarting at Sanderson. I have a lot of comfort there and I have always seemed to play pretty well in Vegas.” Taylor plans to play four straight events and will take two weeks off before heading to Augusta, Ga., for the Masters.

Surrey’s Adam Svensson closed with a two-under 68 and tied for 26th at nine-under par at the Korn Ferry Tour’s Wichita Open. Vancouver’s Stuart Macdonald started his final round with an eagle, but a tough finish resulted in a four-over 74 and a tie for 65th. Taylor Pendrith of Richmond Hill., Ont., continued his stellar play with a solo second finish. . .Merritt’s Roger Sloan missed the cut at the PGA TOUR’s Corales Puntacana Resort & Club Championship, where Mackenzie Hughes of Dundas, Ont., finished third. 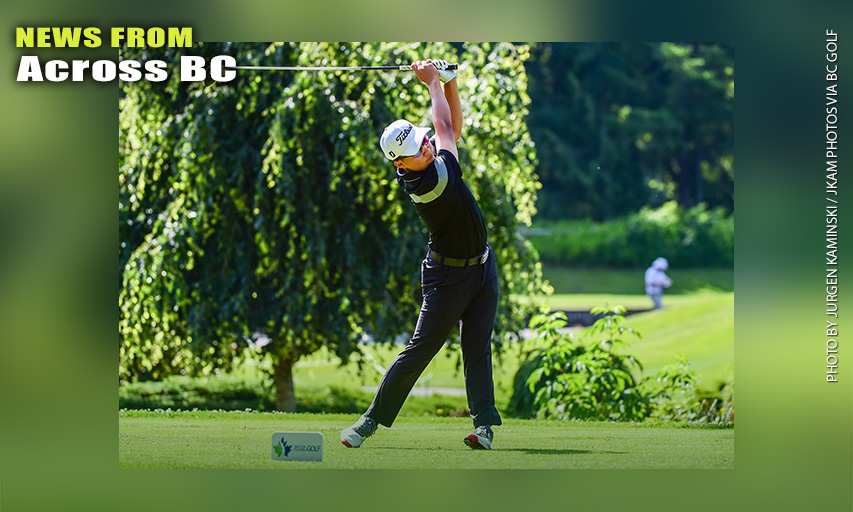 Earlier in the week, Kevin Stinson of Cheam Mountain Golf Course matched the course record at Chilliwack Golf Club with an 11-under 61 to win the Vancouver Golf Tour’s Gatekeeper Challenge Series Finals. Stinson, who beat Kaleb Gorbahn of Smithers by four shots in the one-day event, earned $1,500.

GIVE HIM A CLAPP

Brad Clapp of Cultus Lake Golf Club beat Dave Zibrik of Point Grey Golf Club on the third hole of a sudden-death playoff to win the PGA of BC Club Professional Championship at Nicklaus North in Whistler. Clapp and Zibrik had finished the 36-hole event tied at five-under par. Clapp earned $2,700 for the win.

The Canada West Golf Championships scheduled for Oct. 2-4 at Okanagan Golf Club in Kelowna have been cancelled due to COVID-19 travel concerns. Teams from British Columbia, Alberta, Saskatchewan and Manitoba were scheduled to compete in the event.

However, teams from outside B.C. are not currently permitted to travel to the province under guidelines from viaSport, which oversees sport in B.C. A tournament featuring teams from UBC, University of Victoria, University of the Fraser Valley and UBC-Okanagan is expected to be played in early October at Okanagan Golf Club as part of a B.C. Series of collegiate one-day events.