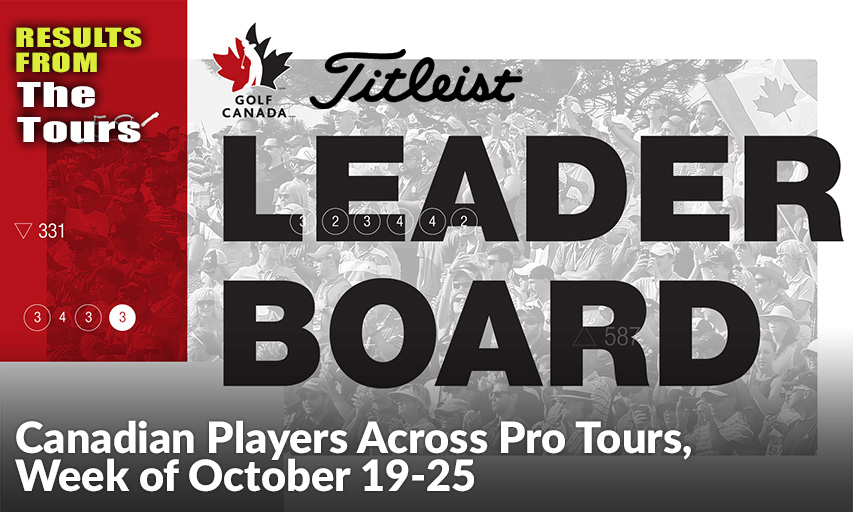 Patrick Cantlay rallied from a four shot deficit to score a one-stroke victory at the ZOZO Championship. It was Cantlay’s third win of his career. Jon Rahm had a chance to force a playoff, but narrowly missed from 15 feet on the 17th and from 20 feet on the final hole. Justin Thomas, who started the round with a one-shot lead, had to scramble for par on the last two par 5s to finish in a tie for second and deny Rahm a chance at taking over the No. 1 world ranking. …Corey Conners notched his first top 10 result since last year’s ZOZO Championship. …Mackenzie Hughes was 11-under par on the par 5s over the course of four rounds.

Ally McDonald shot a final round 69 and held off Danielle Kang to win the LPGA Drive On Championship by one stroke. It was the first career tour win for the 28-year-old, who also celebrated her birthday on Sunday.  …Alena Sharp’s opening round 70 was her lowest opening round since February and just the fifth time she has scored par or better in the first round this year

Ross McGowan birdied the final hole for a one stroke victory over fellow Englishman Laurie Canter and Belgium’s Nicolas Colsaerts at the Italian Open. It was his first European Tour title in 11 years, his last one coming at the 2009 Madrid Masters. …Aaron Cockerill notched his fourth top 25 result in his last seven tournament starts