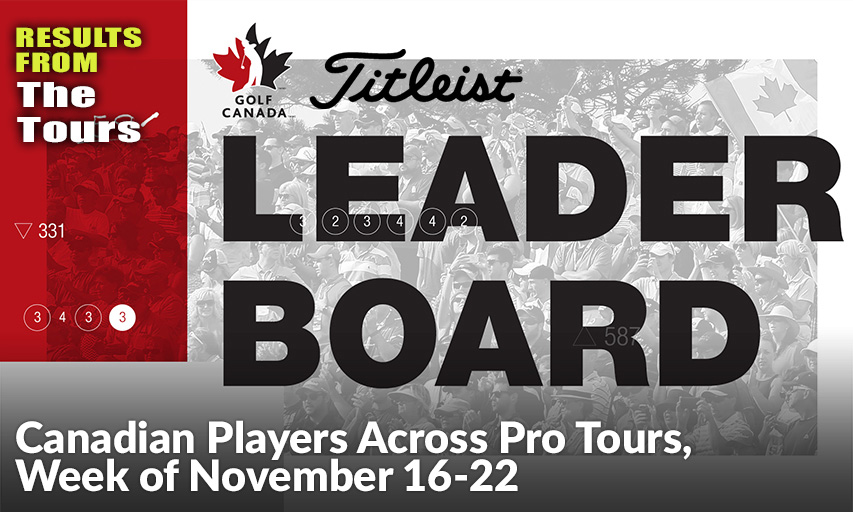 Robert Streb made an 8-foot par putt to extend a playoff before ending it on the second extra hole to capture the RSM Classic over Kevin Kisner. Streb won for the second time on the PGA Tour with his other title also coming in a playoff at Sea Island six years ago. He’s the first player since 2017 to capture his first two tour wins at the same event. Cameron Tringale carded a final round 62 to finish one stroke back in third. …Corey Conners posted back-to-back top 10 results for the first time on the PGA Tour. …Roger Sloan’s final round 64 was the lowest of his career on the PGA Tour

Joachim B. Hansen of Denmark erased a three-shot deficit with nine holes remaining to win his first European Tour title at the Joburg Open. Hansen’s bogey-free 67 gave him a two stroke win over  South African Wilco Nienaber who saw his chance at a first tour title slip away with bogeys on his last two holes. …Adam Cockerill posted a career-best fourth-place finish

Sei Young Kim fired a final round even-par 70 for a three-stroke victory over Ally McDonald at the Pelican Women’s Championship. It was her second straight tour victory – the last one coming back on Oct. 11 at the KPMG Women’s PGA Championship. The 27-year-old is the first player since 2016 to follow her first major victory with a win in her next start. It was Kim’s 12th career LPGA victory, trailing only Inbee Park (20) and Se Ri Pak (25) among South Korean players.  …Brooke Henderson finished 6th for the third straight tournament, notching her fourth consecutive top 10 finish. ...Alena Sharp notched her first top 30 result since Sept. 23