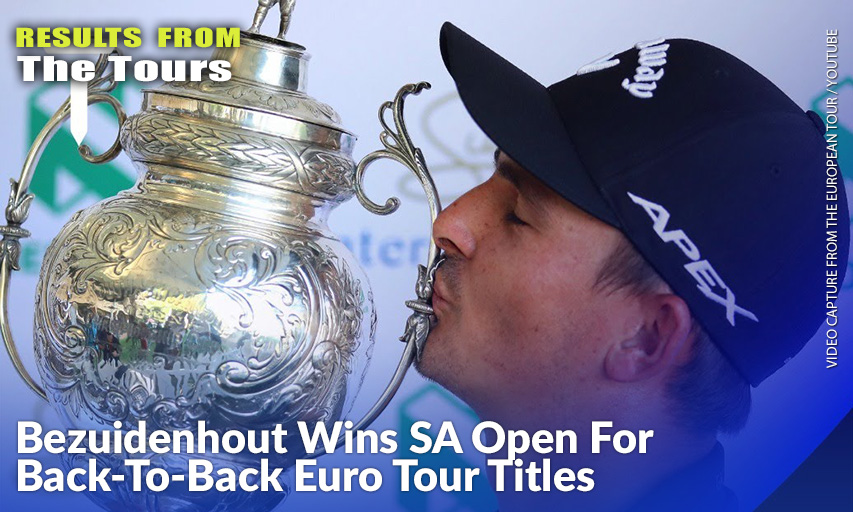 SUN CITY, South Africa — Christiaan Bezuidenhout won a second straight tournament on the European Tour when he finished with a 69 for 18 under par overall and a convincing five-shot victory at the South African Open.

Bezuidenhout took a five-shot lead into the final round at Gary Player Country Club at the Sun City resort and maintained that advantage over Jamie Donaldson of Wales, who also closed with a 69. Dylan Frittelli of South Africa (71) was third on 11 under.

After starting with a run of pars, Bezuidenhout made bogey at No. 8. But he recovered with three straight birdies after the turn and had four birdies in all on the back nine to consolidate his lead.

His story is something of an inspiration after he nearly died as a child because of an accidental poisoning. That incident led him to be prescribed medication to help with anxiety and a stutter but the medication resulted in a doping ban when he was an amateur. The two-year ban in 2014 was later reduced to nine months.

The victory took Bezuidenhout up to fifth in the Race to Dubai money list rankings ahead of the season-ending World Tour Championship in Dubai. Patrick Reed of the United States leads the season standings ahead of Tommy Fleetwood, Collin Morikawa, Lee Westwood, and Bezuidenhout.