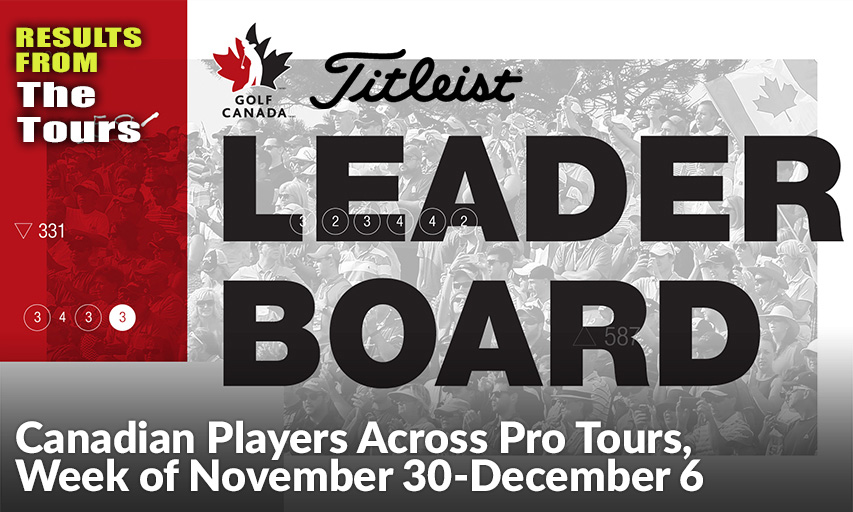 Viktor Hovland holed a 12-foot birdie putt on the 18th hole for a one-shot victory in the Mayakoba Golf Classic, the final event of the calendar year. It was this second PGA Tour victory this year, having sunk a 30-footer to win the Puerto Rico Open in February. Aaron Wise closed with a 63 but missed birdie putts from 12 feet on each of the last two holes. .Corey Conners posted his fourth top-20 result in his last five starts. His second round 66 was just three off the low round of the day.

Angela Stanford closed with a 67 for a two-stroke victory in the Volunteers of America Classic. It was the 43-year-old’s seventh LPGA Tour title and first since the Evian Championship in 2018. Inbee Park, So Yeon Ryu and 19-year-old Yealimi Noh each shot 70 to tie for second in the final tuneup before the U.S. Women’s Open next week. …Alberta amateur Tillie Claggett was the only Canadian entered in the field. Claggett, who has committed to playing college golf at Vanderbilt in 2022, earned an exemption into her first ever LPGA Tour event by winning the Texas Junior Golf Association’s Girls Match Play Championship back in September.

Christiaan Bezuidenhout shot a final round 69 to win the South African Open, his second consecutive win on the European Tour. The 26-year-old South African became the first player since Justin Rose in 2017 to win on consecutive weeks. …Aaron Cockerill, who was in the hunt after shooting 68 in round two, recorded his third top-20 result in his last five tournament starts