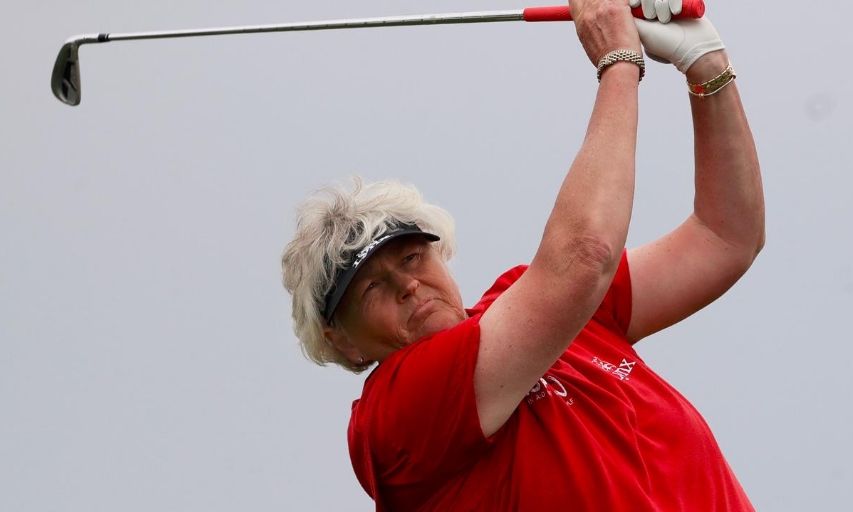 Laura Davies Tees Off On The Fifth Hole During The Second Round Of The 2017 ShopRite LPGA Classic. (AP Photo/Frank Franklin II)

VIRGINIA WATER, England (AP) — Laura Davies will become the first female golfer to compete in an event on the men’s European Senior Tour when she takes part in the Shipco Masters next year in Denmark.

The former top-ranked female player will play from the men’s tees in the June 1-3 event at Simon’s Golf Club.

European Senior Tour head David MacLaren says it is “prepared to innovate and look to attract a wider audience to the game of golf.”

The 53-year-old Davies is a four-time major champion and 12-time Solheim Cup player. She has 45 wins on the Ladies European Tour and 20 wins on the LPGA Tour.

She says “my golfing career has been played in parallel with a number of players who are currently on the Senior Tour, so I’m really looking forward to testing my wits against them.”