After A Short Winter’s Nap, PGA TOUR Starts 2021 In Hawaii 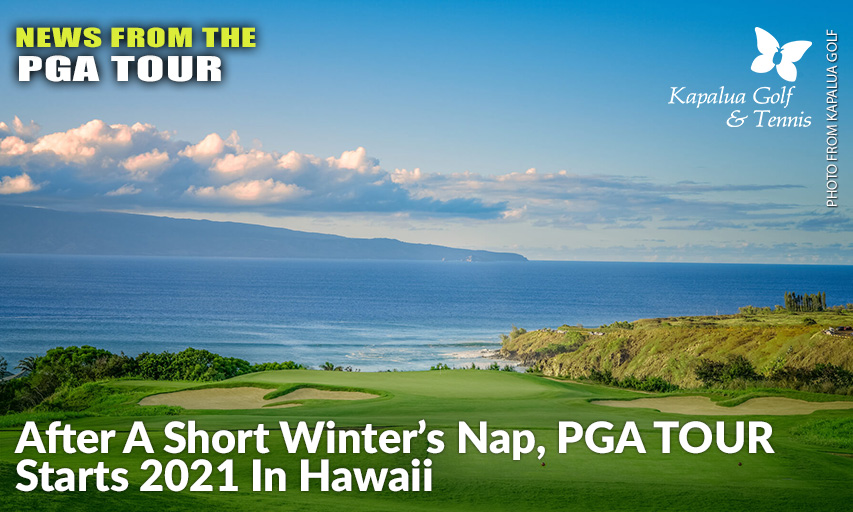 Notes: The 42-man field is the largest for the Tournament of Champions. Because of the pandemic-shortened 2020 schedule, the field is for PGA TOUR winners and anyone who qualified for the Tour Championship. ... Sixteen players in the field did not win a tournament last year. ... Abraham Ancer and Scottie Scheffler will be the first players who compete at Kapalua without having won on the PGA TOUR. ... Dustin Johnson makes his first start since winning the Masters in November. ... Among those eligible, Rory McIlroy, Jim Herman and Tyrrell Hatton are the only ones who are not playing. Herman is recovering from COVID-19. ... Justin Thomas has won the tournament two of the last four years. ... Three players in the field are not yet eligible for the Masters — Andrew Landry, Nick Taylor and Richy Werenski. ... Johnson's lead at No. 1 in the world is the largest to start the year since McIlroy in 2015. No one since Tiger Woods in 2009 has stayed No. 1 from January through December. ... The tournament is selling limited tickets (no more than 200 expected), but those fans will only be allowed at seating areas near the 18th green.

Next Tournament: Diamond Resorts Tournament of Champions on Jan. 16-19.

Next Tournament: Mitsubishi Electric Championship at Hualalai on Jan. 21-23.