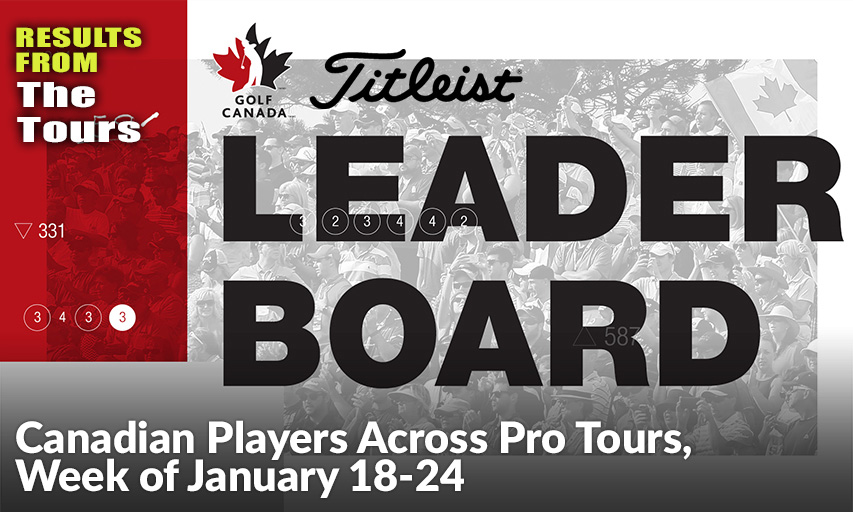 Patrick Reed carded a final round 68, which included an eagle and three birdies, for a five shot win at the Farmers Insurance Open. It was the ninth PGA Tour title for the former Master champion, who started the final round with a share of the lead. Tony Finau, Xander Schauffele, Ryan Palmer, Henrik Norlander and Viktor Hovland all tied for second. …Adam Hadwin recorded his first top 20 result of the new season.  …Corey Conners, who made his 2021 debut, snapped a streak of 13 consecutive rounds of par or better with his third round 73. …Roger Sloan has made five of his last seven cuts. …Jared du Toit made a birdie putt on the first playoff hole to earn his way into the tournament as a Monday qualifier. It was his fourth career PGA Tour start – the previous three had all come at the RBC Canadian Open.

Paul Casey captured his first title since 2019 with a four-stroke win at the Dubai Desert Classic. It was his 15th victory on the European Tour and it came 20 years after his first. Robert MacIntyre started the day one stroke back but saw the deficit climb to five-strokes with seven holes to play after making four straight bogeys. He wound up finishing third behind South Africa’s Brandon Stone. There were no Canadians entered in the tournament.