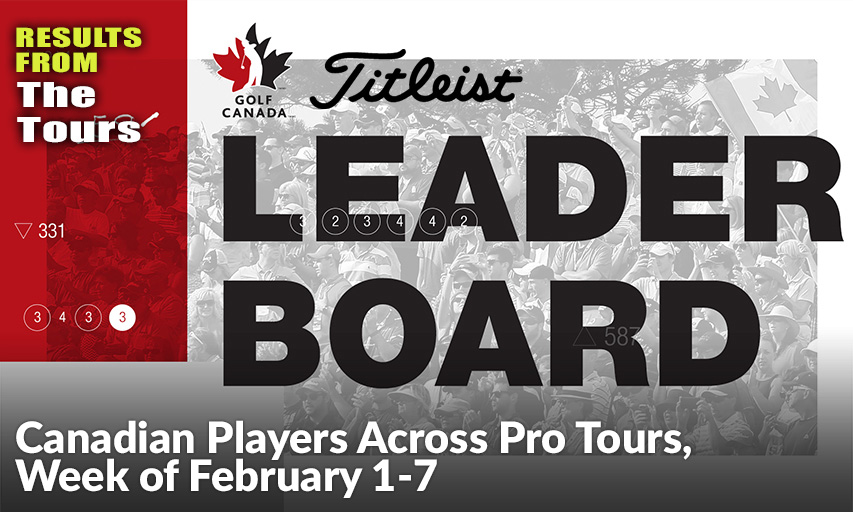 Brooks Koepka chipped in from 32 yards for eagle on the 17th hole to break a tie atop the leaderboard, erasing a five stroke deficit and going on to win the Waste Management Phoenix Open. Xander Schauffele, who started the final round with a share of the lead, birdied the final hole to finish in a tie for second with Kyoung-Hoon Lee. It’s the second straight week Schauffele has finished runner-up. Steve Stricker, the 53-year-old who was trying to become the oldest winner on the PGA Tour, finished in a tie for fourth. …Corey Conners birdied four of his last six holes to record his fourth top 20 result in his last five tournaments. …Adam Hadwin has shot par or better in eight of his last 10 rounds.

World No. 1 Dustin Johnson carded a final round 68 to win the Saudi International for the second time in three years. Johnson was also runner-up at the event in 2020. Justin Rose and Tony Finau finished two strokes back. The Saudi International is the last of three events in the “Gulf Swing” that kicked off the 2021 European Tour. There were no Canadians entered in the event.