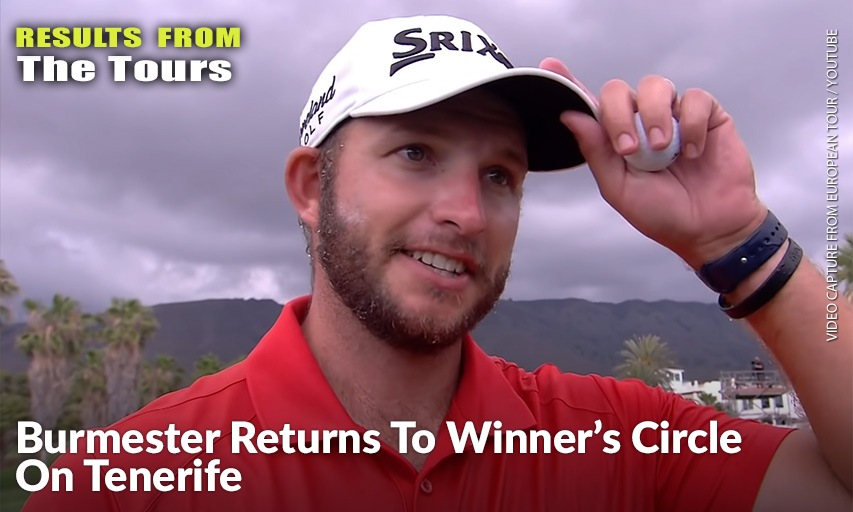 Dean Burmester claimed his first win in just over four years as a bogey-free closing 62 handed him a dominant five-shot victory at the 2021 Tenerife Open.

The South African entered the day at Golf Costa Adeje one off the lead but hit the front on the seventh and never looked back, moving to 25 under and holding off the challenge of Germany’s Nicolai Von Dellingshausen, Pole Adrian Meronk, and Finn Kalle Samooja.

Burmester’s win at the co-sanctioned Tshwane Open in 2017 was his first on the European Tour and seventh on the Sunshine Tour, but he had not claimed a worldwide victory since.