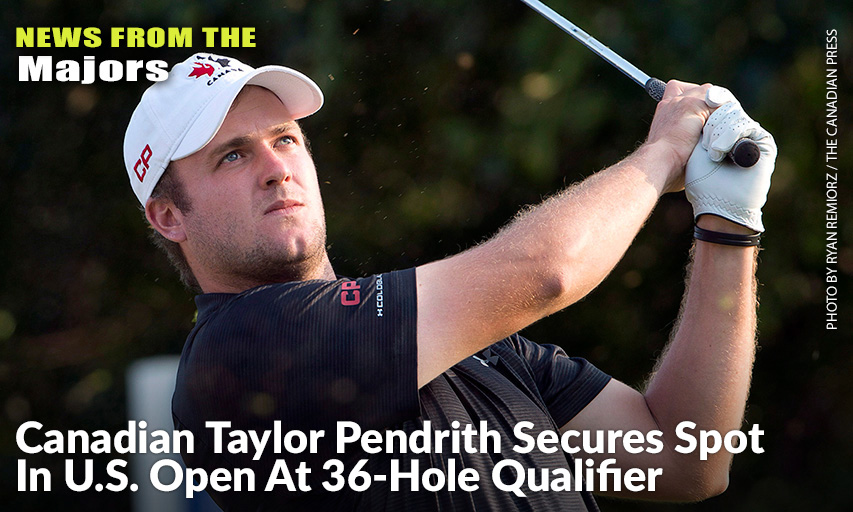 ROCKVILLE, Maryland (CP) — Canadian golfer Taylor Pendrith has earned a spot in the U.S. Open for the second year in a row.

The native of Richmond Hill, Ont., finished first in one of nine 36-hole qualifiers for the major in Rockville, Md., to book his ticket.

The top four players in the 71-golfer field advanced to the U.S. Open.

Pendrith shot 70-66 to finish 8 under for his two rounds.

Pendrith joins Corey Conners of Listowel, Ont., and Mackenzie Hughes of Dundas, Ont., in the field for the June 17-20 event at Torrey Pines in San Diego.

The 30-year-old Pendrith made his major debut at last year’s U.S. Open after he earned his spot through a top-five standing on the Korn Ferry Tour, the feeder circuit for the PGA TOUR. He ended up tied for 23rd at Winged Foot Golf Club in Mamaroneck, N.Y.

Pendrith already has secured his PGA TOUR card for next season through his play on the Korn Ferry Tour. He currently is fourth in the tour standings.

Pendrith is fifth among Canadians in the world rankings, sitting 190th.