The Barrhead Golf Club Is Not One To Be Overlooked 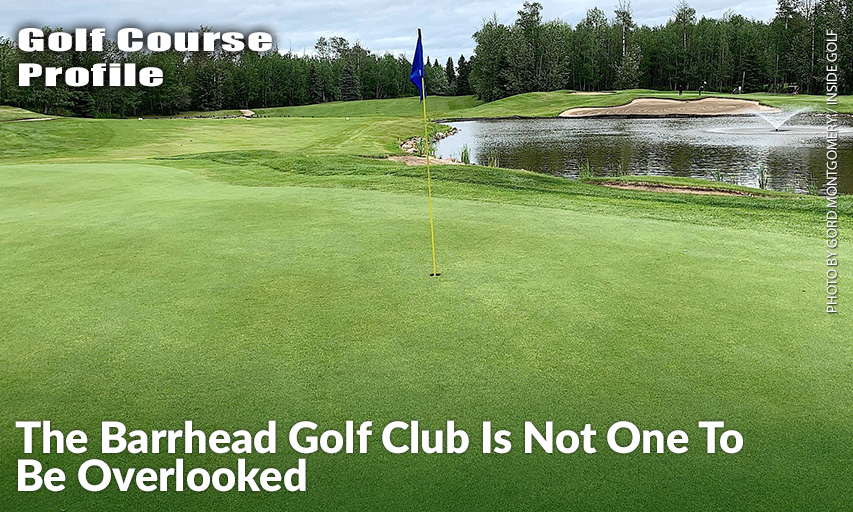 Every golf course has at least one hole that becomes etched into your mind after a round of play. Then there’s a course like the Barrhead Golf Club where at least three, and maybe even four or five holes become embedded in your memory bank.

These particular holes don’t have to be overwhelmingly hard or overly pretty to look at. Rather, they need a touch both of those characteristics to stick in your mind long after you’re finished your appointed round — and which make you want to head back to that particular course to tee it up again as soon as possible.

So, enter the Barrhead GC, where a three-hole stretch on the front nine are eye-catching but testing at the same time. After a good warm-up, so to speak, on holes one through three, you begin a run of good shot making and picture taking, on Holes 4, 5, and 6, running at pars of 4-5-4 respectively. While scenic, they are also stern.

Said Kevin Lynes, the head pro and GM at this popular rural layout about this stretch: “I think that the tee shots on all of them are key,” like almost every golf hole, he began about this stretch. “On four, you can bite a bit more off by going farther left or you can try to fly the creek (by going more right off the tee).” The second shot there is demanding as well, as the long, narrow green is guarded by bunkers on both sides and at the back, and has water to the left.

Once you get through that hand-wringer, you’re off to a great par 5 hole, which is 490 yards off the white tee. Your opening volley is to a wide landing area, although it’s bordered by trees on both sides. Your second shot (hopefully) will transcend the plateau and head down toward the large green. This hole is not only fun to play but is picture postcard pretty when you look down to the putting surface from the 150-yard stake.

Then, comes the stiffest test of this trio, the par-4 sixth hole. At only 369 yards from the white blocks, it doesn’t seem difficult — at least on paper. When you step onto the teeing deck though, you’re looking at clearing a ravine where the landing area is guarded by a large, and we mean large, fir tree on the far side of the hazard area. A good drive and second shot are required to go bird hunting here, especially with a green that’s surrounded by bunkers.

As we said earlier, this is a stretch that challenges both your physical game and your mental game as these are three holes than can make, or break, a round. 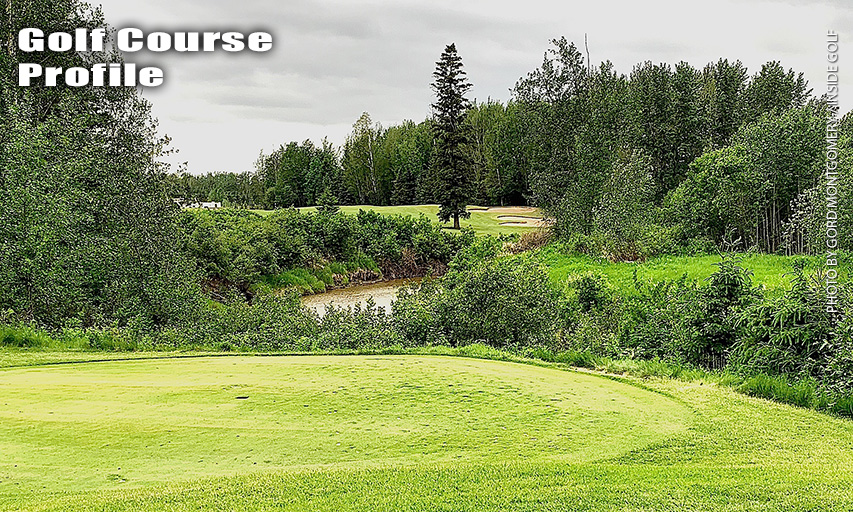 Finishing Off The Trio Of Tough Assignments On The Front 9 At The Barrhead GC, The Sixth Hole Demands A Long, and Straight, Tee Shot To Get Things Underway.

Aside from tha trio, Lynes said this about the characteristics of his course: “The first thing that pops into my head is condition. It’s always in good shape. And the opportunity to play from three different sets of bent grass tees is nice, too. It’s a challenge for a golfer of any skill level.” As well, the putting surfaces here are immaculate, with your shots rolling smoothly and quickly.

Broken down distance-wise, the Barrhead Golf Club plays out to 6,667 yards off the longest deck; 6,065 from the middle tee; and then 5,351 off the front porch. The course offers wide landing areas on virtually every hole and trees separate many of the holes which gives one a feeling of being almost on their own in the hunt for birdies.

“I always tell people that the front is a little tighter but you can still swing a driver,” said Tynes to how this track does open up width-wise a bit more on the home stretch of holes. “It can play to a target player or to the guy who likes to bring the big dog.”

While the front nine likely offers the most challenging holes, the back nine can also throw a big number on your card if you’re not careful. The 15hole, at 310 yards, is a true risk/reward test, as you can try to fly the water hazard out of the gate (about a 200 yard carry off the white tees) or you can lay up to the 150 yard marker, which fronts the hazard by about five yards, and look to score well from there. “If you haven’t started off your back nine the greatest, there’s maybe the opportunity there for some scoring,” the pro stated.

That hole is followed by a par 5, playing to “only” 414 yards. The thing is, there’s OB left and water all the way down the right side, which also swirls around the right side of the green and fronts part of the putting surface, so again, the look of the scorecard can be deceiving. While it looks like a stroke-gainer on the scorecard, it’s anything but in reality. “It is shorter but it usually has some cross-wind or into the wind, so that makes it challenging.”

From The Front Deck

The Barrhead Golf Club is designed for all level of players to enjoy, especially those who play from the front tee. With a 700 yard advantage over the middle blocks, these help set the course up for an enjoyable day for shorter hitters. The tees are well placed and offer a great opportunity to hit the fairway off every opening volley. And, like any good golf course, for a change of pace they can be a fun place to tee it up no matter what your index, to get a different, but just as good look, at the Barrhead Golf Club.

Overall, the Barrhead Golf Club is a delight to play. It’s scenic, quiet, and can be walked if that’s what one desires. They also offer a driving range and putting green for a full warm-up you desire and their rates through PlayGolfAlberta.com are $61 plus GST including cart and range Monday to Thursday and $79 plus GST on weekends.