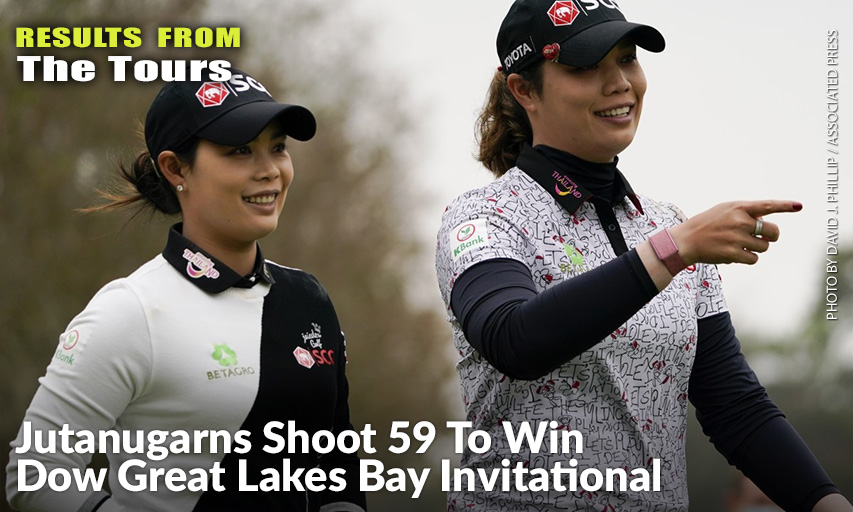 The 25-year-old Ariya won for the 12th time on the LPGA Tour and second this season, and the 26-year-old Moriya took her second title. Ariya won the Honda LPGA Thailand in May 9 for her first victory since July 2018.

The Jutanugarns finished at 24-under 256 at windy Midland Country Club. They opened with a 67 in alternate shot, had a 59 in best ball, and shot 71 in alternate shot to enter the final round two strokes behind Clanton and Suwannapura.

Clanton and Suwannapura shot 64. They won the inaugural event by six shots in 2019. The tournament was canceled last year because of the COVID-19 pandemic.

“Jasmine and I just talked on the 18th green, man, we felt like we won this one,” Clanton said. “It was tough conditions today, it was windy. We didn’t think anybody would go super low, but Ariya and Moriya played great today, so they deserved it.”

Lim Kim and Yealimi Noh (64) and Pajaree Anannarukarn and Aditi Ashok (66) tied for third at 19 under. U.S. Women's Open winner Yuka Saso and Minjee Lee were 18 under after a 62.

Nelly and Jessica Korda shot a 67 to tie for 17th at 13 under. Nelly Korda was making her first start since winning the Meijer LPGA Classic and the KPMG Women’s PGA in consecutive weeks to take the No. 1 spot in the world.

The Evian Championship, the fourth major of the year, is in France.