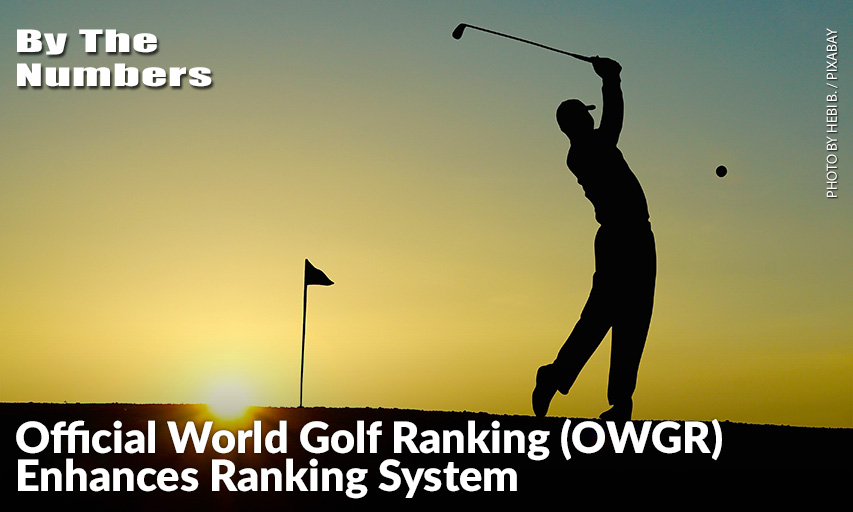 Over the last three years, OWGR has coordinated an independent analysis of the Ranking and its system to ensure it is meeting its key objectives of publishing a transparent, credible and accurate ranking based on the relative performances of participating players. The results of this analysis have led to the changes announced today, including distribution of Ranking Points to all players making the cut to provide greater differentiation of performances; and use of a Field Rating calculation based on a statistical evaluation of every player in the field, rather than just those in the field among the current Top-200 of the Ranking.

“The Official World Golf Ranking owes a massive debt of gratitude to founders Mark H McCormack and Tony Greer, whose vision has done so much to shape the competitive landscape of men’s professional golf over the past 35 years”, said Official World Golf Ranking Chairman Peter Dawson. “Since 1986, the Tours eligible for inclusion have grown in number from 6 to 23 and the rankings have been continuously modified to accommodate this expansion and to improve accuracy. We are confident the further enhancements announced today will best position OWGR for the years ahead.”

Following a 12-month notice period, implementation is set for Week Ending 14th August 2022 at which point all future eligible tournaments will utilise the updated system. There will be no recalculation of past events, meaning the impact of the new methodology will be gradual.