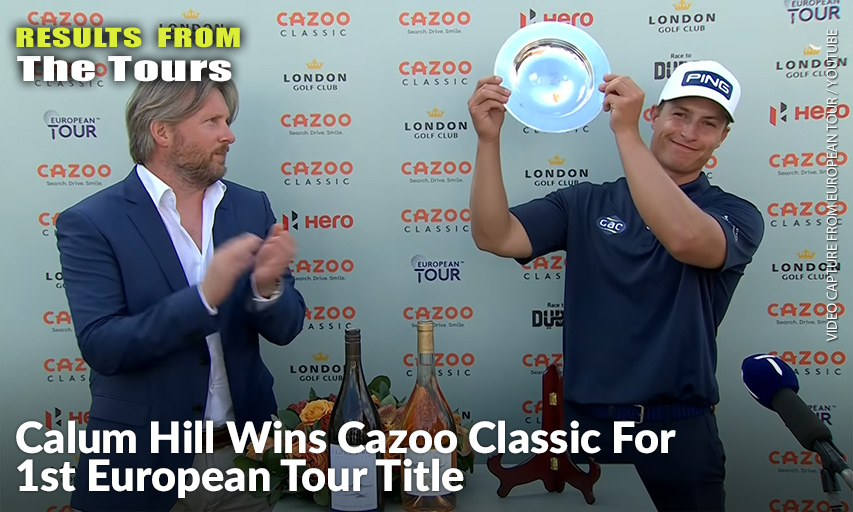 ASH, England (AP) — Calum Hill of Scotland closed with a 5-under 67 for a one-stroke victory at the Cazoo Classic to clinch his first European Tour title.

Hill finished at 16-under 272, one shot ahead of Alexander Levy of France.

The 26-year-old Hill finished in a tie for fourth at last week’s Hero Open, which was won by his countryman Grant Forrest after the pair entered the last round in a share of the lead.

Hill was in the final group again at London Golf Club but this time had to overturn a three-shot deficit from Denmark’s Rasmus Hojgaard.

Hill had three Challenge Tour wins but this victory could move him into the top 100 for the first time.

“This is the start and hopefully I can keep pushing on from here,” he said. “I managed to manage my emotions pretty well and stay in each shot and not get ahead of myself. I definitely felt the pressure but managed to keep control of it.”

Hill three-putted the fourth but that was his only bogey of the round.

Levy made three birdies on the front nine and then five in a row from the 11th.