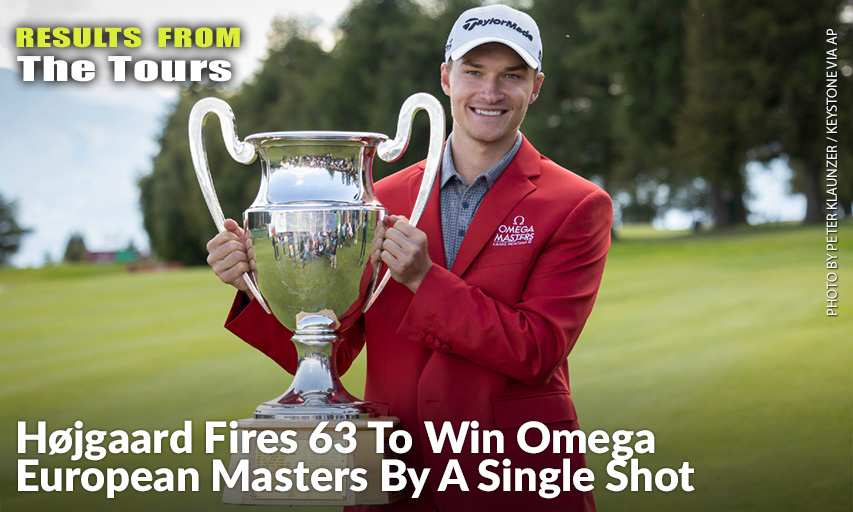 CRANS-MONTANA, Switzerland (AP) — Rasmus Højgaard fired a 7-under round of 63 to win the European Masters by one stroke from Bernd Wiesberger, who made double bogey at the 18th after hitting into green-side water.

Wiesberger, who is on the fringes of selection for Europe’s Ryder Cup team, hit his tee shot at the par-4 18th into a bunker then found water with his second shot.

The Austrian player took a six and carded a 65 to fall into second place in the tournament at the high-altitude Crans-sur-Sierre club.

The 20-year-old Højgaard’s late charge had left him leading in the clubhouse on a 13-under total of 267 that held up for his third victory on the European Tour.

Højgaard’s round of five birdies and one eagle-3 on the 14th included playing the last six holes in five under par. He made a five-foot birdie putt at the 18th that proved decisive.

Henrik Stenson also shot a clean round of 63, with seven birdies in the sun-bathed Swiss Alps to move up to third place at 11 under.

Playing in the final group, morning co-leaders Sean Crocker (70) and Renato Paratore (71) finished in ties for fourth and seventh, respectively, after starting at 10 under.

Højgaard now has a victory in each of his three years as a professional. He won the Mauritius Open in December 2019 and the UK Championship exactly one year ago.