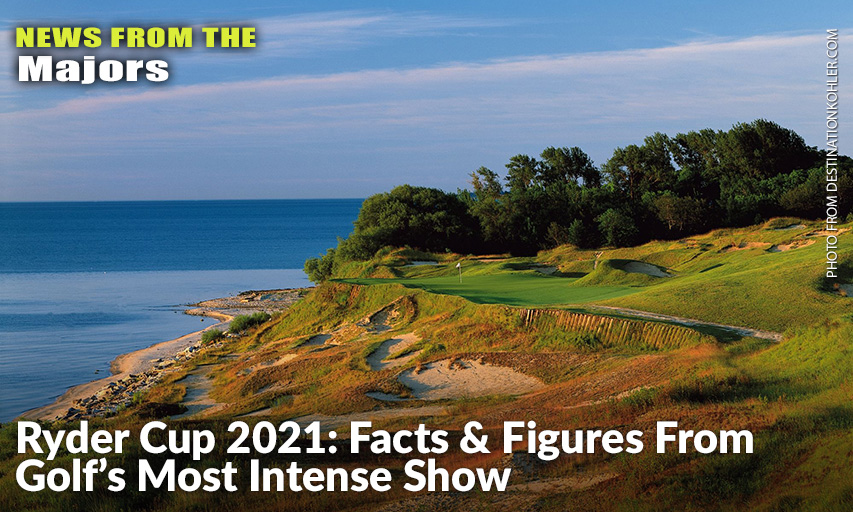 SHEBOYGAN, Wisconsin (AP) — Facts and figures for the Ryder Cup:

The Course: Built in 1998 by the late Pete Dye, Whistling Straits emulates a cliffside links course with two miles of Lake Michigan shoreline, bluffs, sand dunes and natural fescue lining the fairways. It has hosted the PGA Championship three times, most recently in 2015.

Last Time: Europe won on home soil for the sixth straight time, losing only the opening session. The result was 17½-10½, and the difference was the captain’s picks. Europe’s four picks combined to go 9-4-1. The U.S. picks were 2-10-0 as Tiger Woods, Phil Mickelson and Bryson DeChambeau combined to go 0-9-0.

Postponement: The matches were delayed one year by the COVID-19 pandemic. It was the first one-year delay since the September 11, 2001 terrorist attacks.

Tale of the Tape: Team Europe has an average world ranking of 30. Team USA’s average ranking is 9.

Key Statistic: The 12 players for Europe have combined to play in 168 matches compared with 49 matches for the American players.

Noteworthy: The Americans have the most Ryder Cup rookies (6) since 2008 and its youngest team ever with an average age of 29.

Quoteworthy: “If we don’t win the Ryder Cup, it’s not a good Ryder Cup for me.” — Sergio Garcia, who has won more points than anyone in Ryder Cup history.