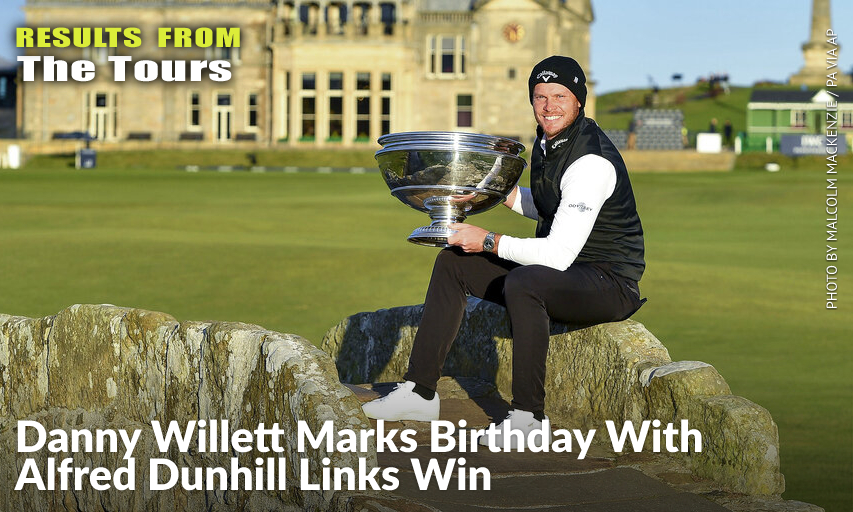 The Englishman took a three-shot lead into the European Tour event’s final round, which was played over the Old Course at St. Andrews. Willett shot a 4-under 68 and finished on 18 under par overall to claim his eighth professional win and first since the BMW PGA Championship in September 2019.

“For everyone watching, this (win) seems quite out of the blue,” Willett said, “but the practice I’ve been doing at home and the inner belief we have every time we get in and out of position to do something was proven again.”

Fellow Englishman Tyrrell Hatton, a two-time champion of the event, shot 67 and finished tied for second with Sweden’s Joakim Lagergren (66).

Players in the field completed a round at St. Andrews, Kingsbarns and Carnoustie — three of the most storied courses in Scotland — from Thursday to Saturday. Those who made the cut returned to St. Andrews for the final round.

Willett extended his lead to four in the early stages [in the final round] and — while he was briefly reeled in by Richard Bland (68) — birdies at the ninth and 10th handed him a three-shot advantage once more and eight pars on the difficult closing stretch closed out the victory.

This season has seen Willett struggle with COVID-19, wisdom teeth, appendicitis and a hernia.

“I seem to do this a lot actually, go up and down,” Willett said. “It’s been a very unfortunate last eight months, really. Every time the game feels like it’s been in a nice place, we’ve had a couple of things, issues with health, just things that you can’t really avoid.”

Bland made four birdies in a row from the fourth and added another at the ninth to join the lead. He tied for fourth with Shane Lowry (68).