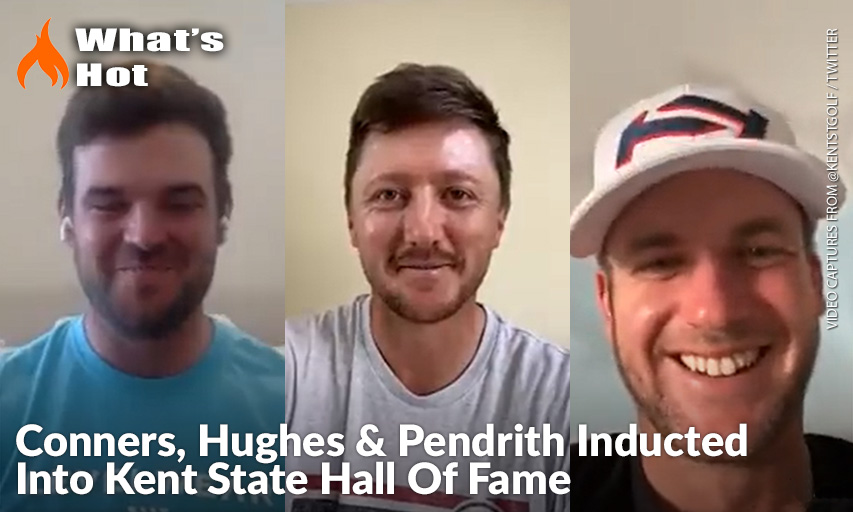 The Canadian trio of Corey Conners, Mackenzie Hughes, and Taylor Pendrith were inducted together into the Kent State University Varsity “K” Hall of Fame as members of the 2021 Class on October 9.

Hughes, from Dundas, Ont., played on the team between 2008 and 2012 and was named the MAC Freshman of the Year in his first season and was named to the First Team All-MAC in his sophomore, junior, and senior seasons.

Conners, from Listowel, Ont., and Pendrith, from Richmond Hill, Ont., joined their fellow Ontario native at Kent State for the 2010-2011 season, and they both played for the Golden Flashes until 2014.