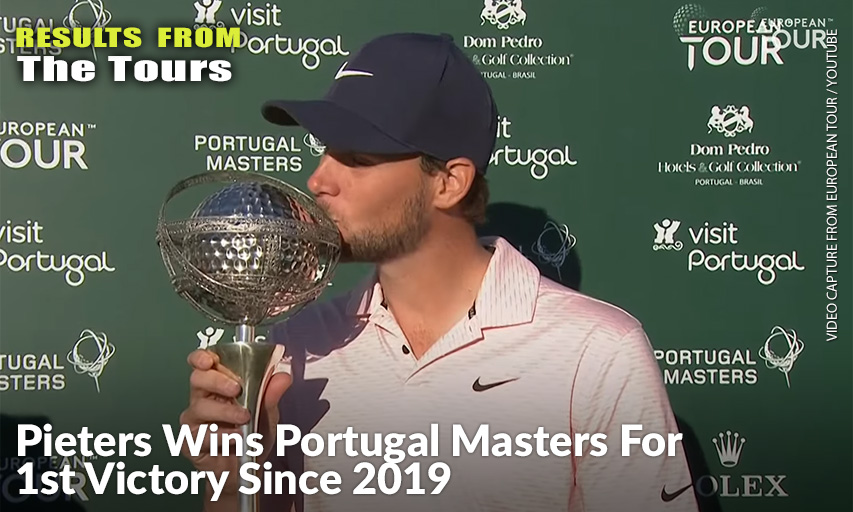 VILAMOURA, Portugal (AP) — Thomas Pieters shot a 3-under 68 in the final round to win the Portugal Masters for his first European Tour victory since 2019.

The Belgian ended at 19 under for the tournament (265) at the Dom Pedro Victoria Golf Course, two shots ahead of Frenchman Matthieu Pavon and Danish players Nicolai Hojgaard and Lucas Bjerregaard.

It was Pieters’ fifth European Tour win in 171 starts. His last victory had come two years ago at the Czech Masters.

“It felt like a long time between victories,” the 29-year-old Pieters said. “It’s hard. I was happy to come up to the 18th with a two-shot lead.”

Pavon, who shared the lead entering the final round, lost ground after a triple bogey on the par-5 12th, when he twice found the water. He ended with a 1-under 70 after making two more bogeys coming in.

Bjerregaard had five birdies on his last nine holes to close with a 5-under 66, while Hojgaard made his only bogey of the day on the 18th to finish at 7-under 64 for the best round.

Padraig Harrington closed with a 4-under 67 to finish nine shots off the lead in a tie for 12th place. Richard Bland was among those who finished a shot ahead of him in a tie for eighth.

The Portugal Masters was the final tournament in Europe before the tour heads to Dubai to close out the season.