Tee It Up In Terrific Tucson 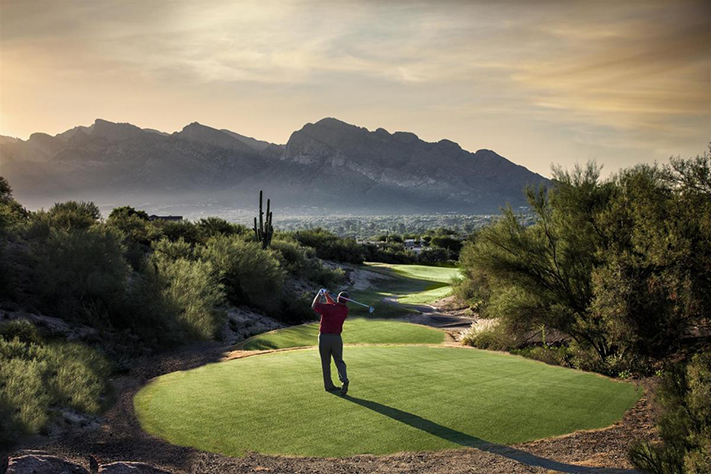 Anyone who has a sibling or a classmate who was always getting the bulk of attention, you likely can relate to playing second fiddle. It’s a perception which is hard to shake.

A somewhat similar script could be scribbled out when talking golf in the state of Arizona. Scottsdale has earned a reputation as a prime destination for top-of-the-line golf experiences and the courses there deliver. Meanwhile, less than two hours to the south, Tucson is sometimes viewed as the second choice when it comes to teeing it up.

But hold on a minute! The Old Pueblo is playing the music much louder these days and people are liking what they hear.

The 2021 version of the Annual Media Golf Classic was hosted this year at the fabulous Omni Tucson National Resort, a perfect setting to begin sampling a selection of the range of golfing experiences.

The event teed off on a Sunday at The Views Golf Club at Oro Valley, which the locals have tagged as one of the best golf courses in Tucson. Now, they may be a tad biased, but you can judge for yourself. Unfortunately, I couldn’t play this track but my fellow journalists who did play agreed it was a very good experience all around. 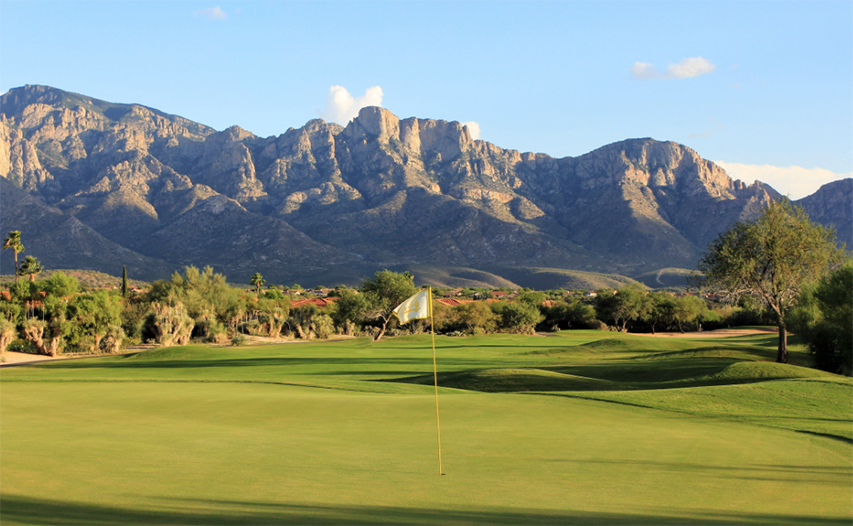 Later that night we were treated to a reception at the White Stallion Ranch, billed as an Arizona ranch adventure which includes horseback riding, shooting, archery and if you want to explore more of the ranch you can saddle up an e-bike and take a tour. Don’t forget to look up at night as the star-filled sky will mesmerize you.

We got a real taste of the ranch as the chef served up a typical meal which included steak, scalloped potatoes, broccolini, salads and an apple cobbler which gunfighters from the old west would have slapped leather to decide who gets the last piece.

On our way out from the vastness of the desert we made a wrong turn and wound up in a corral with some very calm Longhorn cattle. All part of the adventure, but this was not on the list of things to do. No matter, the cattle didn’t mind and neither did we. The first day of the Classic competition saw us tee it up at El Conquistador with the Santa Catalina Mountain range as a backdrop.

We were surrounded by mesquite and palo verde trees, some we got to know quite well after a stray tee shot. It had to be very crooked as the fairways are quite welcoming, but we managed to lose a ball or two. The Jeff Hardin and Greg Nash design underwent a recent renovation and it came out looking great. The fairways are Bermuda/Rye grass and the greens which rolled wonderfully are T1 Bentgrass.

At over 6,200 yards it allows for the big hitters to feel at home and the shorter ones to not get intimidated by length. Monday night for eats was a treat as we invaded the rustic confines of El Charro Café, established in 1922 making it the oldest continuous running Mexican restaurant in the nation. The food was top notch (I had the Sonoran Dog which is a meal in itself) and we were told by the owner the secret is in the detail.

There was shrimp, tamales, chimichangas, carne seca and a dish called calabacitas with corn, tomatoes, red onion, garlic, cilantro and squash in a creamy sauce. It was a great experience which was enhanced by the friendly staff and as my better half will tell you, the best margarita ever!

The next day we made our way over to Ventana Canyon Golf Course and once again the Santa Catalina’s watched silently as we hacked our way around this perfectly groomed track. With about 600 acres of land to work with, Tom Fazio gives you plenty to see and generous fairways to hit. We thoroughly enjoyed winding our way through the Esperero Canyon and got a close look at the photographic Whaleback Rock which is the backdrop of the par four 10th hole green.

The monolith was not harmed with any wayward shots - at least by our group. The greens were exceptional and quite fast but putted true. Any missed putts were most certainly due to operator error. That night was topped off with a great meal at the very friendly and cozy, Legends Bar & Grill in the Omni Tucson National Resort. The selection was good, service was prompt, and the staff are very friendly.

The final day of the Classic was on the Omni Tucson National Course which has a very impressive resume of hosting big events. The Catalina Course is home to the PGA Champions Tour Cologuard Classic and prior to that was the site for the PGA TOUR's Chrysler Classic. The 18th hole is still considered one of the toughest finishing holes around and we certainly found out the hard way as to why.

We played from tees which measure out at more than 6,500 yards and for me it was a bit of a struggle as I don’t hit it as far as my playing companions. I had to change my approach to each hole but then we moved up to another tee box later in the round and it helped the score. It was just another lesson in making sure you find the right tee box to play from.

At the conclusion of the round the fantastic chefs at the resort served up a massive buffet which included corn on the cob, chicken, beef, salads, shrimp and of course the ever-present guacamole and chips. There was so much more, you needed several plates in order to sample everything. The dessert was a smooth custard and these scrumptious donuts which you could eat as is or spread some chocolate or caramel sauce on your plate for dipping.

Some of those in attendance felt it was overkill. I felt it was additional nirvana. It was a perfect conclusion to all that Tucson can offer on the food side of the equation and the golf was adequate proof that Scottsdale has plenty of friendly competition from the Tucson region.

The older sibling can play with the youngsters, but don’t take my word for it. Experience it yourself. You won’t be disappointed.