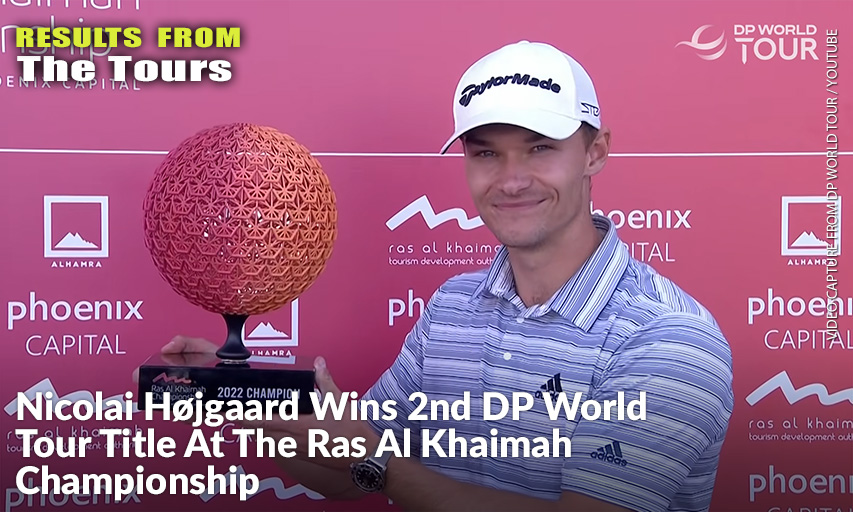 The 20-year-old Dane started with a three-shot lead and appeared to be in control until a double bogey on the ninth hole, a bogey on the 12th. Jordan Smith had seven birdies in 14 holes to take a two-shot lead. Hojgaard recovered with a birdie on the 13th and an eagle from the waste area on the par-five 14th.

He closed with two birdies, a comfortable finish after a roller-coaster round.

Smith shot 66 and finished alone in second, while Haotong Li closed with a 63 and tied for third with Luka Nemecz (66), Matthieu Pavon (66) and Adrian Otaegui (67).

Hojgaard and his twin brother, Rasmus, now have combined for five victories before turning 21.