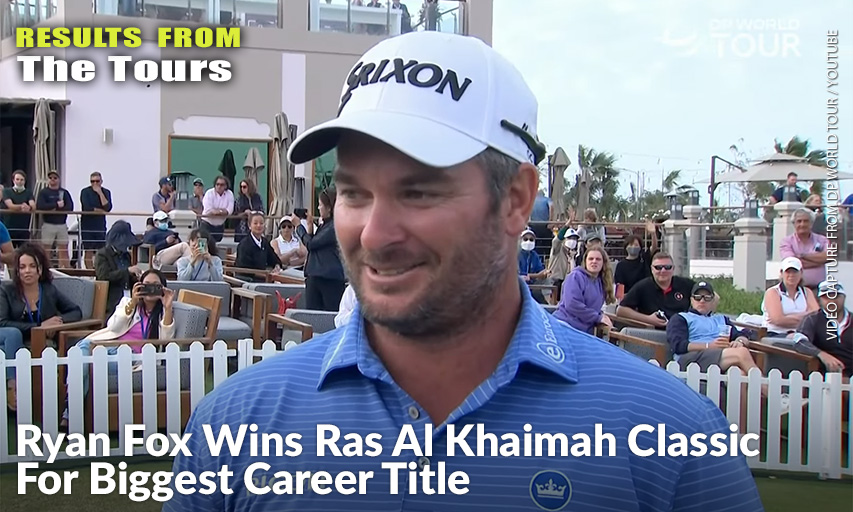 It was the 211th-ranked New Zealander’s first victory in a 72-hole format on the European tour. His only other title was in a Super 6 tournament in 2019 that featured a six-hole knockout format following 54 holes of strokeplay.

Fox went into the final round in Abu Dhabi with a six-shot lead — on 19 under — and a load of nerves.

He bogeyed two of his first six holes to allow the field to close in, but played the final 11 holes in 4 under and wound up shooting 3-under 69 for 22 under overall.

“Sleeping on a six-shot lead, I didn’t sleep very well last night,” Fox said. “Obviously a couple of the guys came at me early. I was a bit nervous. I had that awful feeling in the pit of my stomach all day.”

“But I’m very happy with how I played. A couple of great shots coming down the stretch and it was certainly nice walking down the last with putter in hand with so many putts to win.”

Ross Fisher finished in second place after a closing 66 at Al Hamra Golf Club, the latest stop on the tour’s “Desert Swing.”