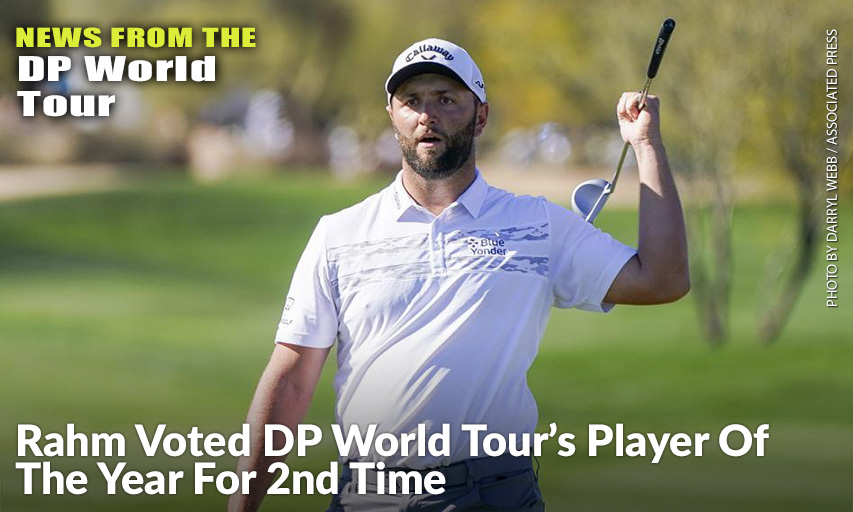 VIRGINIA WATER, England (AP) — Jon Rahm was voted as the European tour’s player of the year for the second time in three seasons.

Rahm was also Europe’s leading points scorer at the Ryder Cup, with 3½ from his five matches, and had top-eight finishes in the other three majors.

Rahm, the tour’s player of the year in 2019, too, received the newly named Seve Ballesteros Award after a vote by his fellow professionals.

“It is very unique to be recognized by your peers like this,” Rahm said. “It is a true honor to be able to win this award for a second time.”