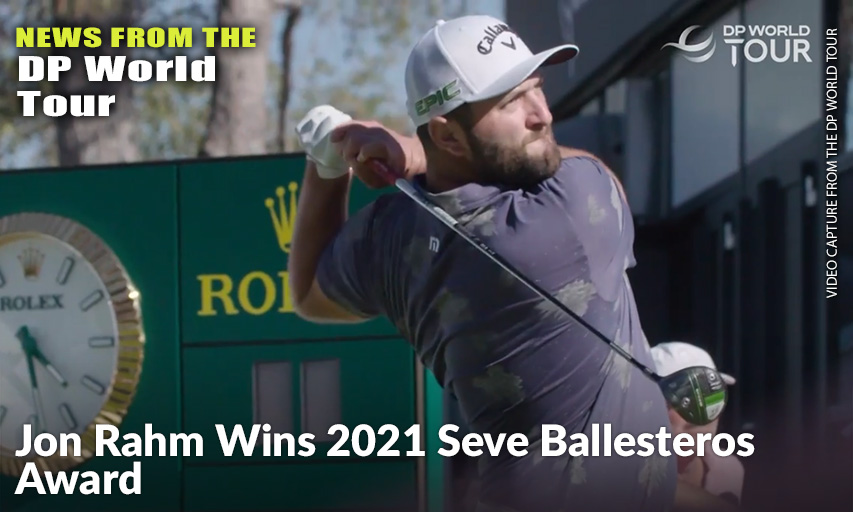 Jon Rahm has won the Seve Ballesteros Award after being voted the 2021 Player of the Year by his fellow professionals on the DP World Tour.

The Spaniard scoops the prestigious accolade for the second time in three years after another spectacular season in which he claimed his first Major Championship, spent 27 weeks as World Number One and finished as Europe’s leading points scorer at the Ryder Cup.