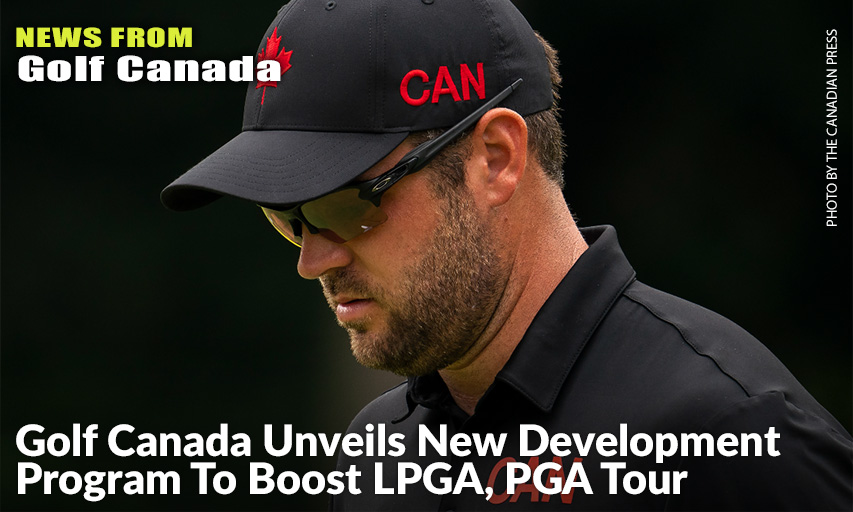 Golf Canada has unveiled a new development program, with the goal to increase the number of athletes competing on the PGA and LPGA Tours to 30 by 2032.

The organization said in a release that the plan will include the creation of a national infrastructure for identifying and developing promising young golfers, with women’s head coach Tristan Mullally moving to the new position of national talent identification director.

Golf Canada says the program was partly shaped by a global comparative analysis of how countries produce top-end players.

“Canada has made significant progress in the development of world-class golfers in the past decade and is poised to take another step forward,” said Kevin Blue, Golf Canada’s chief sport officer, in the release.

“Over the past year, we undertook an in-depth analysis of global golf, consulted with numerous stakeholders who are involved in Canadian high-performance golf, and created the framework for an updated strategic plan for Canada to develop more world-class golfers.”

Mullally will transition to his new role in the coming months while Golf Canada begins the search for a new women’s head coach.

Golf Canada says it received $13.5 million in initial contributions from donors to fund the program.

Canadian golfers are currently enjoying significant global success, led by Brooke Henderson on the LPGA Tour and Corey Conners and Mackenzie Hughes on the PGA TOUR.